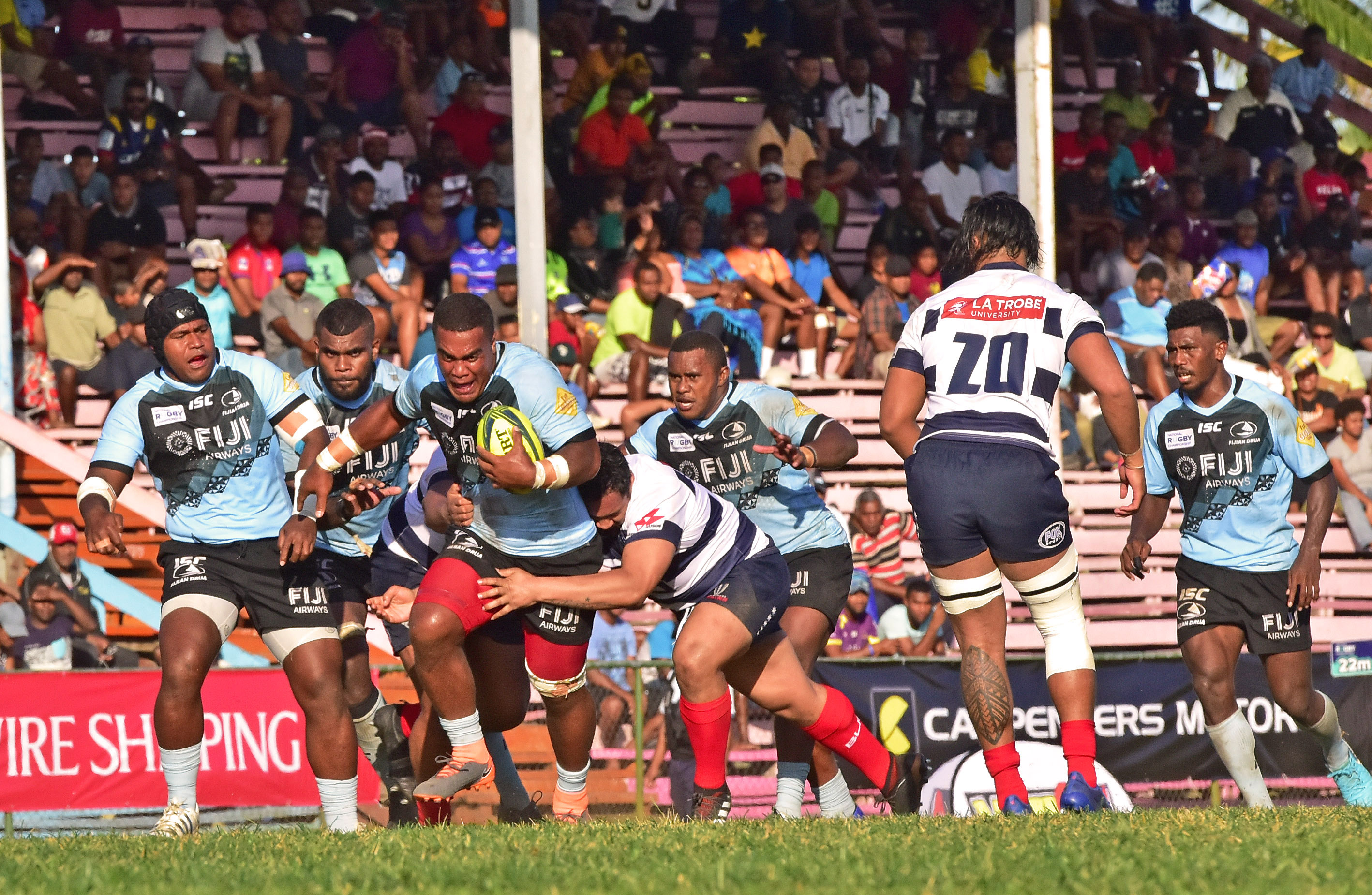 THE Fiji Airways Drua rugby team sailed through to their first win in the opening round of the 2018 Australian National Rugby Championship (NRC) after beating Melbourne Rising 40-17 at the Ratu Cakobau Park in Nausori yesterday.

The Drua led during the halftime break 14-7, with the tries scored by Levani Kurumudu and Alivereti Veitokani with both tries converted by fullback Apisalome Waqatabu.

The Australian-based team scored their first try by winger Tomas English and converted by halfback Harrison Goddard in the first half.

In the second spell, the wind set sail for the Drua to extend their lead with four more tries from Apisalome Waqatabu, Serupepeli Vularika, John Dyer and a beauty from Avete Daveta when Veitokani charged down a kick in the Melbourne’s tryline and tapped the ball back from the dead ball line for Daveta to score.

Two tries were converted by Veitokani while the other by Vularika. Melbourne Rising scored two more tries in the second spell but wasn’t enough to stop the raging Drua side to win 40-17.

“The boys were outstanding and the new ones really stepped up and now they have built confidence that they can match these teams but at the same time it’s a learning experience,” Seruvakula said.

“I’m really proud of them especially the front rows matching up to some of the Wallabies pack and the reserves just coming in and lifting the match to another standard.

Melbourne Rising coach Owen Toolan said the Drua side had really improved on their performance from last year.

“The Fijian Drua defence has really improved from last year, they managed to turn over most of our attacks that led to their tries,” Toolan said.

Meanwhile Alivereti Veitokani was awarded the man of the match.

The Fiji Airways Drua will now face Brisbane City in their next game at Churchill Park in Lautoka.