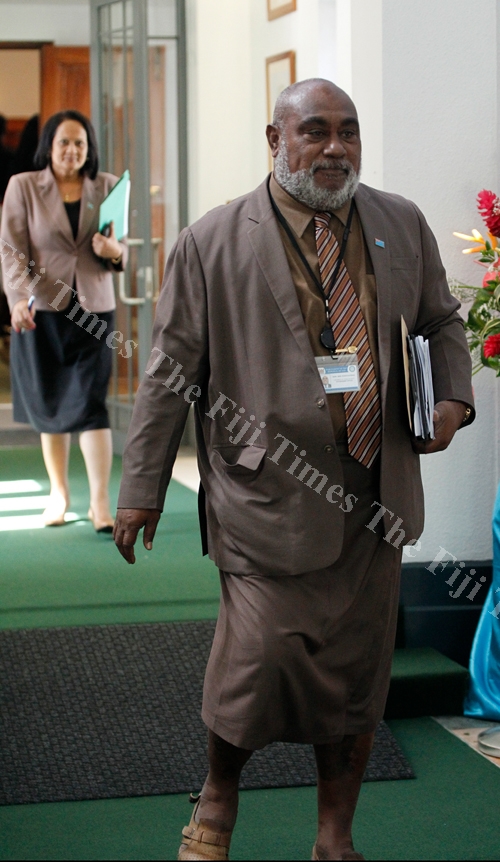 In his maiden speech in Parliament on Tuesday, Mr Koroilavesau said there had been a lot of misconceptions on the role of Government leading up to the recent election.

“Fake news, false promises and misconception have been tools used to try and tip the balance of leadership,” Mr Koroilavesau said.

“I am however pleased that the people have spoken and through the democratic process, we the Government of the day will bring security and stability to the nation.”

Mr Koroilavesau also outlined some of his ministry’s plans, saying that the ministry would continue to impose the ban and strict control measures on species that were vulnerable and needed protection.

“In the coming months, there will also be a review on the current size and catch limits,” he said.

Mr Koroilavesau said this was an ongoing activity that was aimed at establishing a more viable catch size for fish species.

“This initiative will ensure that species are harvested at a size that allows for sustainable recruitment to occur within it’s stock.”