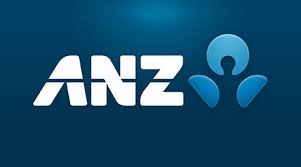 Private money transfers to PICs to decline by 22 per cent
Remittances have been seen as a natural stabiliser to economic shocks however it has been challenged on many fronts during this COVID-19 pandemic.

A research by the ANZ economists show that deteriorating economic conditions in source markets, border closures and suspension of sporting events globally has put the brakes on private money transfers.

ANZ’s international economist Kishti Sen said while remittances to Fiji were up 5.9 per cent for the first three months of this year, remittances for the month of March, when both Australia and New Zealand started introducing lockdown measures, were down a whopping 25.6 per cent on the same period last year.

“That’s the beginning of the decline we are likely to see this year,” he said. Based on their findings the authors of the report Mr. Sen and senior international economist Tom Kenny have forecast a 22 per cent decline in remittances to the Pacific Island countries this year.

This decline is also said to put a significant dent on household budgets, which are already reeling from the loss of income because of job losses associated with the shutdown of the tourism industry.

“Taken together, we think remittances will fall by 22 per cent to $US540 million ($F1.2 billion) this year. “However, the declines vary across countries.

“We believe Tonga will be hardest hit, falling by 33 per cent, then Samoa 29 per cent, Fiji 18 per cent, the Solomon Islands 17 per cent and remittances to Vanuatu and Kiribati falling by 16 per cent.”

While travel restrictions is said to reduce remittances, the report also states that border closures mean Pacific people will not access the Pacific Labour Scheme, and contract workers cannot get to their places of work.

Meanwhile the shutdown of the tourism industry has cut the demand for hospitality workers from the Pacific to zero.

“We believe private money transfers to the Pacific will be hit hard; but, unlike tourism exports, we don’t think it will fall to zero in the near term.

“The Melanesian and Polynesian cultures have a strong sense of mutual support, and money will continue to come from those still working abroad.

“That said, we expect a significant curtailment of money sent during 2020.”