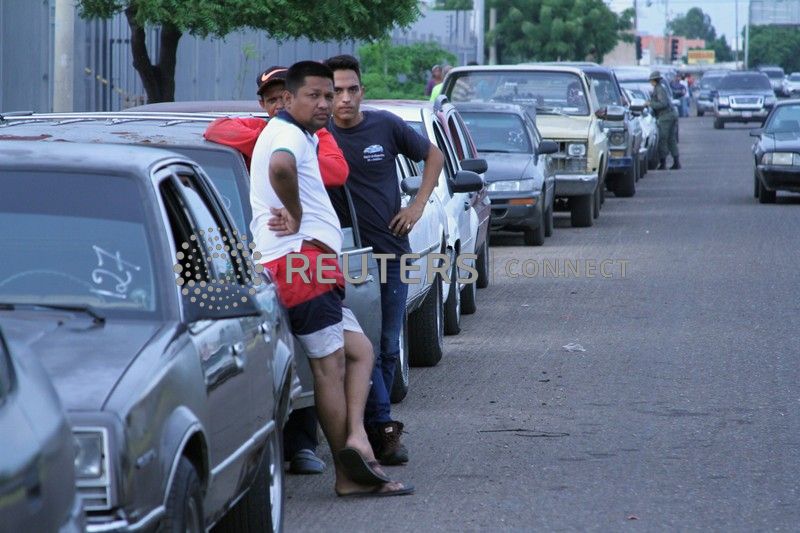 MARACAIBO/SAN CRISTOBAL, Venezuela (Reuters) – Venezuelans in border areas are waiting up to six days to fill their cars and some report paying bribes to jump ahead in lines, signalling a return of crippling fuel shortages that have dogged the struggling OPEC nation for much of the year.

Despite having the world’s largest oil reserves, Venezuela’s hyperinflationary economy is suffering widespread fuel shortages resulting from slumping oil output and chronic refinery problems that have worsened since U.S. issued a broad set of sanctions.

“I paid $40 to a National Guard officer at a service station in the municipality of San Francisco to fill my gas tank,” said Ana Maria Ojeda, a 56-year-old merchant who had spent six days in line in an area near the city of Maracaibo.

“I couldn’t take it anymore,” she said.

Venezuela in 2019 has suffered intermittent fuel shortages, which tend to be worse in border areas. Heavy subsidies, which make gasoline almost free, creates an opportunity for lucrative smuggling to nearby nations where fuel is much more expensive.

It is not immediately evident why the shortages have become more acute in recent days. Neither the information ministry nor state-owned oil company PDVSA immediately responded to requests for comment.

The government of President Nicolas Maduro has blamed U.S. sanctions for weakening the country’s economy and crippling its oil industry. His adversaries say dysfunctional economic policies and rampant corruption are to blame for the problems.

Between January and August, Venezuela’s crude production fell 60%, according to unofficial PDVSA figures seen by Reuters.

Gasoline is so cheap that drivers rarely bother to pay for it. Any payment typically comes in the form of a tip to the service station employee.

Luis Gonzalez, 41, a baker, spent three days waiting to fuel his car in the Andean city of San Cristobal near the Colombian border. He said fuel tankers often arrive with 14,000 litres, which fuels around 150 cars. His Ford Fiesta had the number 180 written on the windshield to mark his place in line.

“I’m unsatisfied as a Venezuelan citizen, it’s not fair,” said Gonzalez. “Here we are at risk of someone stealing a car battery, a tire or even taking our lives.”