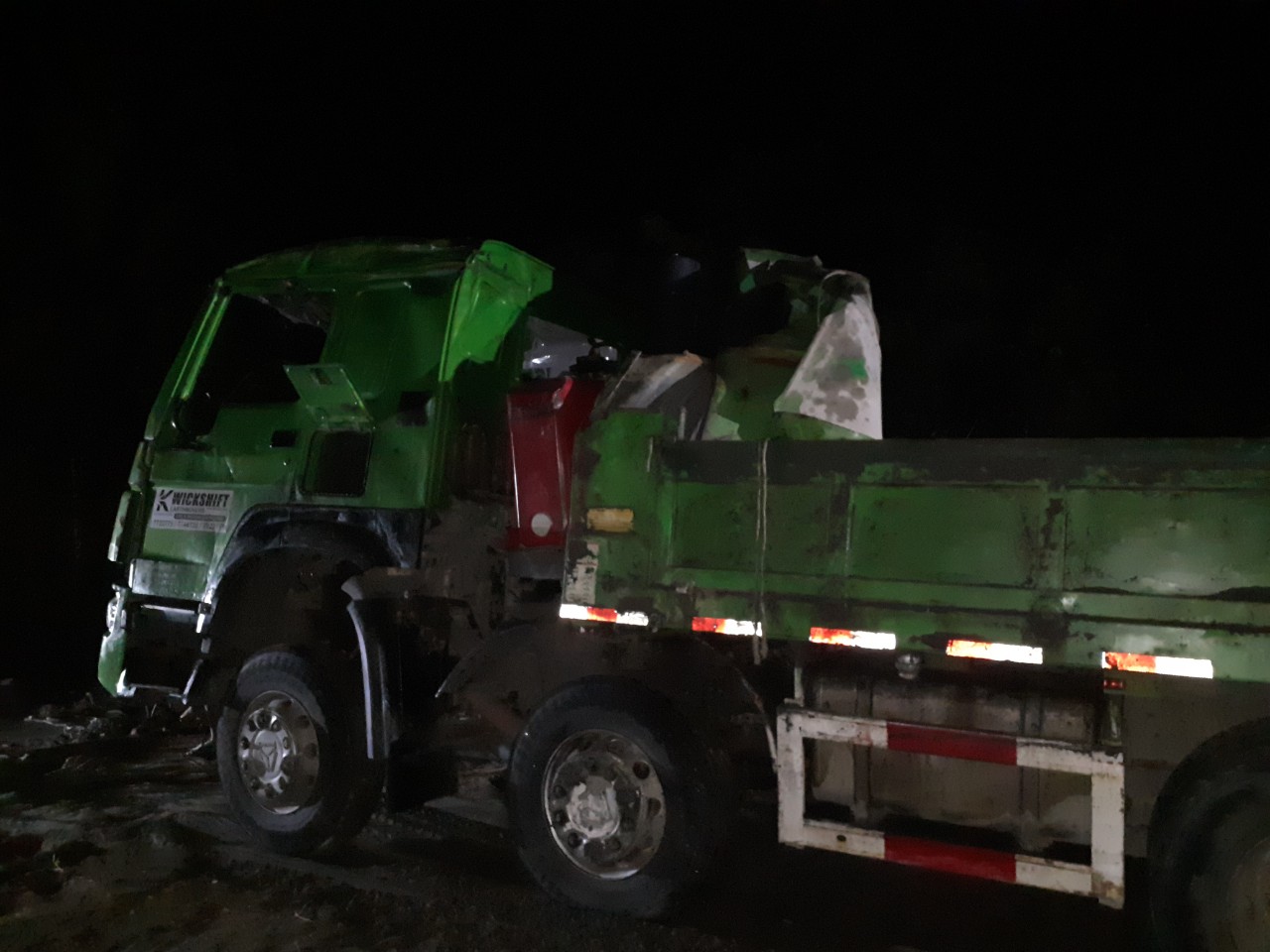 The victim was a passenger in a truck driven by a 31year old man. Picture: SUPPLIED

THE 31-YEAR-OLD driver who was driving a truck that was involved in an accident last night and that claimed a life of a man has been arrested.

Police say the driver was arrested from his residence in Matanivusi settlement in Serua this morning.

“He is in custody as investigations continue.”

According to Police the 48-year-old victim was a passenger in a truck when the accident occurred along the Queens Road near Naboutini in Serua.

“The truck which was loaded with sand was heading towards Sigatoka when the driver allegedly failed to negotiate a sharp bend resulting in the accident,” Police said.

“The victim and a second passenger was rushed to the Korolevu Health Center but was pronounced dead on arrival. The second victim has been transferred to the Lautoka Hospital and is admitted in critical condition.

“The driver of the vehicle fled the scene and police are still searching for him.

“The road death toll currently stands at 45 compared to 59 for the same period last year.”