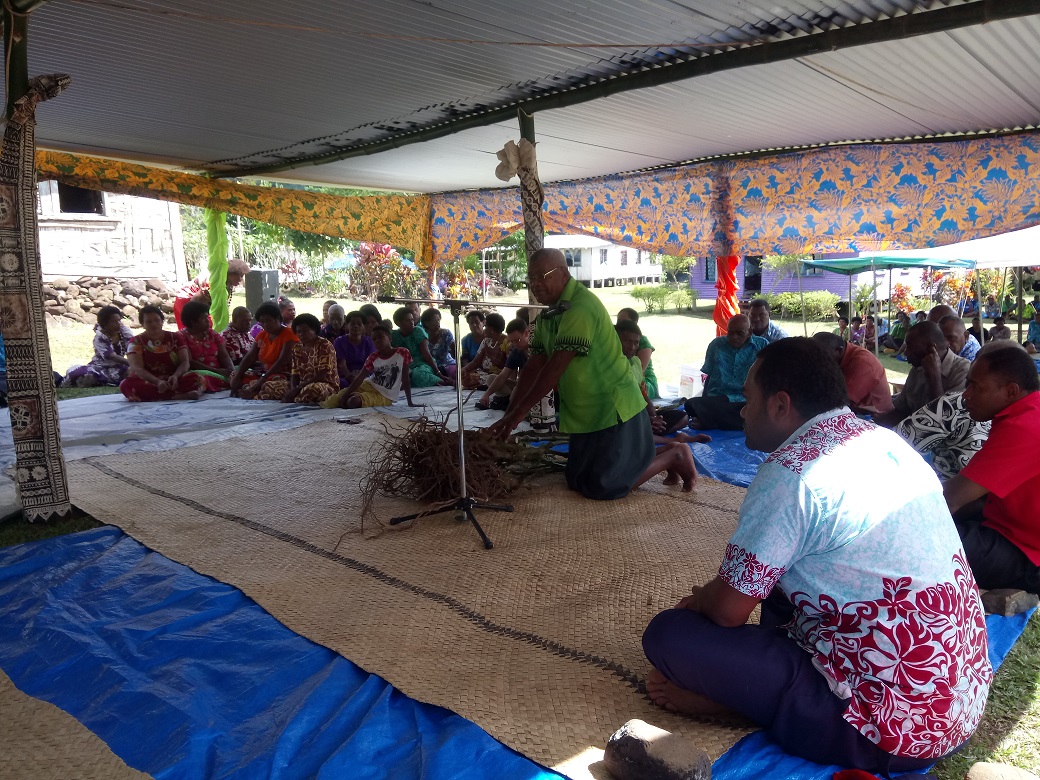 Villagers of Drawa in Dreketi, Macuata, during a traditional welcoming ceremony for Commissioner Northern Jovesa Vocea before the handover of their cheque today. Picture: LUKE RAWALAI

MEMBERS of the eight landowning units that make up the Drawa Block Forest – a community cooperative – gathered at Drawa Village, Dreketi, Macuata in their bula colours today to celebrate the official handover of their carbon proceeds.
The cooperative received a cheque of $20,700 as profit from the sale of carbon units stored in rainforests conserved by the eight landowning units.
The Drawa REDD+ project is part of the regional Nakau Programme and coordinated within Fiji by Live & Learn Environmental Education.
A statement from Live and Learn Education stated that landowners of Drawa had given up rights to logging timber in exchange for the opportunity to sell rainforest carbon offsets as a way of generating revenue for local economic development.
Officiating at the handover, Commissioner Northern Jovesa Vocea commended villagers for their foresight.
“Your efforts will also benefit the future generations of Drawa,” Mr Vocea said.