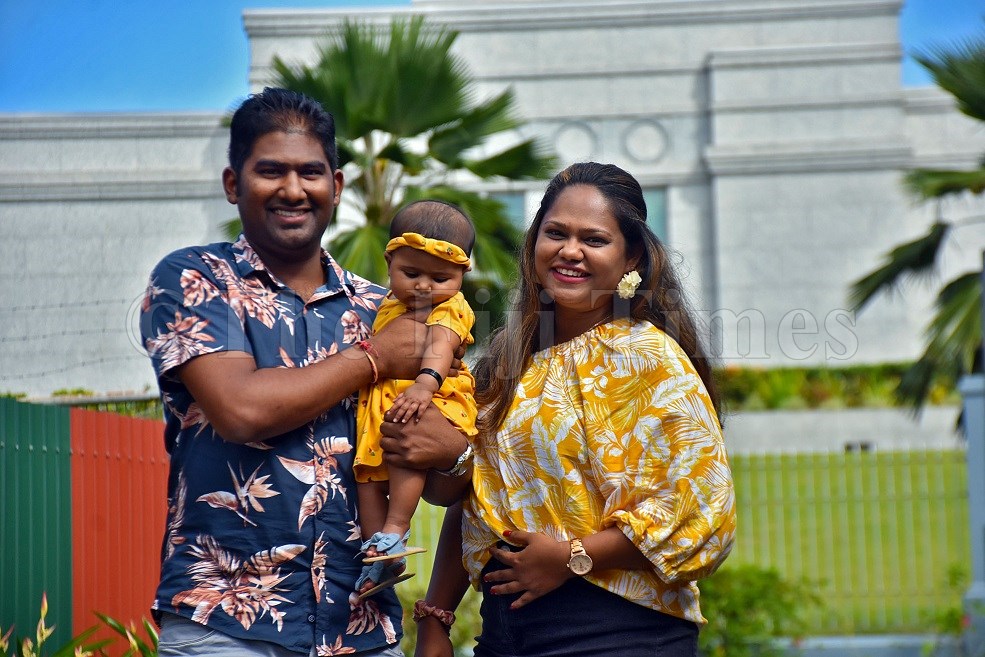 Many success stories are spurred by humble beginnings. For Labasa academic, Dr Kushneel Prakash, his accomplishment is pinned on the inspiration he got at an early age from his loving mother.

The former Shri Guru Nanak and Labasa College student recently graduated from Monash University in Australia with a PhD degree in Economics and joins a group of distinguished Labasa citizens who have defied the odds of rural schooling and carved a name for themselves in academia.

He also received a gold medal (Mollie-Holman Award) for his doctoral thesis entitled “Three Essays on Subjective Wellbeing” which have already received accolades from many world-ranked economics journals outside Australia.

Dr Kushneel was raised in Vunicuicui, a few kilometres to the south of the township of Labasa. He spent his primary school years at Vunicuicui Sanatan Dharam School before going to Shri Guru Nanak Khalsa College and then to Labasa College to do his high school studies.

He attained his Bachelors and Masters degrees from the University of the South Pacific before getting a scholarship to do a doctorate degree in economics at Monash University in Melbourne in 2017.

Though already destined to be a global citizen, Dr Kushneel remains proud of his simple upbringing in rural Macuata.

His dad, Satendra Prakash, a Labasa Justice of Peace, runs his own business at Labasa market. Mum, Arun Lata, was a domestic worker for many years before she decided to go back to school and earn a degree.

To support her family during her stay-at-home days she worked at other people’s farms, whenever the need arose. She was inarguably the academic’s greatest source of motivation.

“My mum is my biggest inspiration,” Dr Kushneel said.

“She went back to university after 13 years of missing out on school.

She completed her bachelor’s degree three years ago and now she’s a secondary school teacher at Labasa Sangam College”. Despite his outstanding achievements in academia, Dr Kushneel is always reminded of how he started and where his roots lie.

“I vividly remember when I used to sell vegetables after school and cut grass at other people’s houses with the help of my little brother just to earn enough bus fares for the next day,” he reminisced.

“One thing I learned very early in life was the importance of perseverance, determination and having the right attitude.”

“These things are within our control. If we give our best then the rest just follows. That’s one of my recipes of success.”

Dr Kushneel gained good marks when he graduated from high school and was able to secure a Public Service Scholarship to study Accounting and Information System at USP. But fate had a mind of its own and decided his course for him.

On orientation day he met Professor Biman Prasad, who not only urged him to pursue a career in economics but also became one of his education role models and strongest fans.

“I can still recall that day in 2009 when I went for orientation. Professor Biman looked at my grades and advised me that it might be a good idea to consider taking economics.”

“Essentially my journey in economics took place after that chat.”

Although his doctoral studies meant leaving Fiji for a few years, Dr Kushneel said he was fortunate to have the company of his wife, Reema Kumar, and the constant blessings from his parents.

“I was lucky I always had my wife as a companion to share my journey with and the other good thing was Australia’s close proximity to Fiji.”

“If anything had to happen we knew we could always catch a five-hour flight from Melbourne and be in Fiji.”

By the time Dr Kushneel received his medal for his distinguished thesis, he had another woman in his life to celebrate with – his first child and daughter.

“I was delighted to receive my gold medal while having my five-month old baby, Keesha with me during the award ceremony,” he said.

Essentially, he looked at how home ownership affected the wellbeing and happiness of children and for this he used data from China.

“I found that home ownership had a positive role in enhancing the wellbeing of children, in particular their happiness and health status.”

The second part of Dr Kushneel’s thesis looked into the volatility or change in petrol prices and how this impacted on people’s happiness. Australian data was used.

In other words, as petrol prices went up the frequency with which people socialised with their family and friends reduced, as a result their subjective wellbeing dampened.

The third part of Dr Kushneel’s thesis was looking into locus of control and mental health.

Locus of control is an economic term which means how people believe that things which happen in their lives are within their control.

In his research, Dr Kushneel found out that people with internal locus of control had better mental health status.

The other aspect of the third part of the thesis was looking at the gender and health gaps in the locus of control.

The final finding of the research was the gender gap in the internal locus of control, because females tend to think that things happening in their lives are not under their control, this contributed to their worsening mental health status.

Dr Kushneel said it was common to look at GDP numbers to measure prosperity. For instance, if GDP number was positive then the economy was thought to be doing well.

“In economics literature, what we know or have been taught is that one of the ways to measure the progress of a country is to look at the GDP numbers. If the GDP number is positive that means the economy is doing well,” he said.

However, he said now there was a wider consensus among economists that GDP numbers did tell the real or complete picture of whether a country was doing well.

“The idea is if people’s perception of their life is going up then this is a better measure to evaluate how the country is doing than just looking at GDP numbers. So this is the idea which I am trying to catch in my thesis.”

Dr Kushneel said his research could be replicated in Fiji to help guide policy direction and intervention but this would mean getting raw data from the population.

“This is one of my next line of projects which I’m looking at, to try to replicate these findings using Fijian data.”

“If we can get those numbers then we can see how Fiji is ranked compared to other countries out there. Having data on people’s happiness scores, would allow us to come up with new ways through policy interventions to increase people’s perception of their own life.”

Professor Biman said Dr Kushneel was a role model for young people from rural areas who might like to pursue higher studies.

“I think Dr Kushneel is someone who is going to be a global citizen. The cutting edge research that he is doing will have global significance.”

“He is from Labasa and the fact that he could make it to where he has reached is testimony of the quality of education we used to have at USP.”

“His achievement also shows the role USP has played in nurturing people like him who go global and contribute not to just the region but to the whole world.”

Dr Kushneel was in Fiji last week with his five-month-old daughter, Keesha and wife, Reema, who is a Certified Practising Accountant and works as the Manager of Audit division at KPMG Melbourne office.

She hails from Yasiyasi, Tavua.

The family was in Fiji to attend the wedding of Dr Kushneel’s brother Ronil, who is an accountant employed as a Business Controller with Digicel Papua New Guinea.

When asked whether he’d love to work in Fiji, Dr Kushneel said he would when the time was right.

“One thing is for sure and that is I will always have Fiji at heart,” he said.

“However, at this stage of my career I feel that I have to first establish myself in research and academia which can take some years but my ultimate goal is to give back to Fiji and if the right opportunity comes, I’m pretty sure I will be back.

Dr Kushneel currently works as a Post-Doctoral Research Fellow at the Melbourne Institute of Applied Economic and Social Research at The University of Melbourne, Australia.