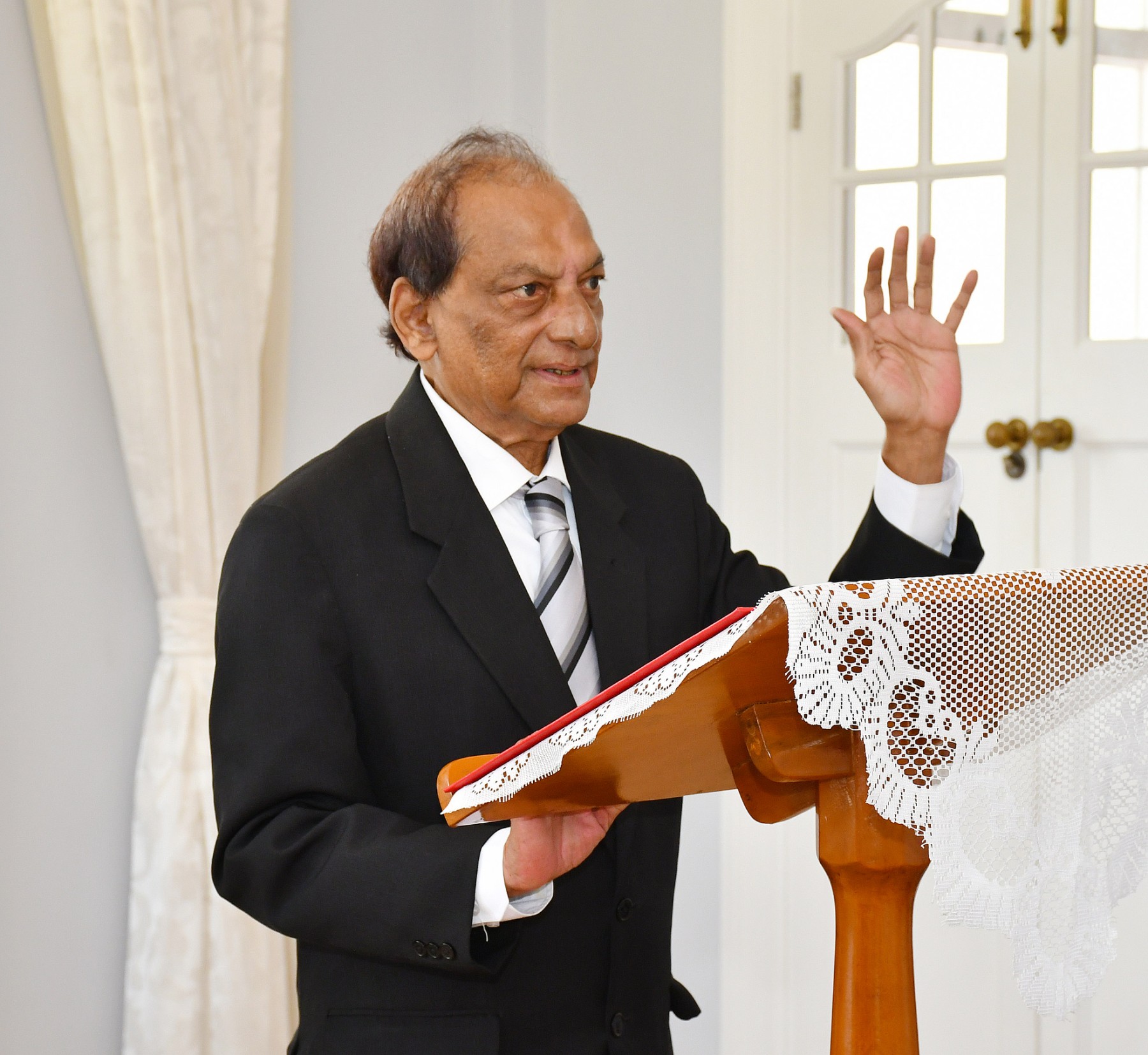 Dr Jayantha de Almeida Guneratne, was sworn in as a new Appeals Court judge before the President, Ratu Wiliame Katonivere at the State House today.

Dr Guneratne who hails from Sri Lanka and obtained his Doctorate in Law at the Pacific Western University in Hawaii has held various posts in Sri Lanka and was a member of the Law Commission of Sri Lanka and the Provincial Commission on Disappearances and Involuntary Removals, both being presidential appointments.

Before joining the Fijian Judiciary, Dr. Guneratne was practicing as a President’s Counsel in Sri Lanka appearing in several cases in areas of mainly Public Law, Administrative and Constitutional Law, Land Law, and Civil Procedure.

He has also authored various publications, two of which are; Monograph on Constitutional Law and Swiss Constitution- Lessons for Sri Lanka.

Currently, he is the Acting President of  the Fiji Court of Appeal.