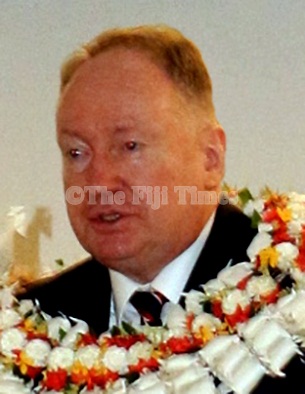 NO charges will be laid against Fiji’s Prime Minister Voreqe Bainimarama in relation to allegations that he assaulted Opposition Member of Parliament Pio Tikoduadua in the parliamentary precinct on August 9, 2019.

Director of Public Prosecutions Christopher Pryde confirmed this in a statement issued moments ago.

“Under section 73 of the Constitution, Parliament has the power to discipline members of Parliament. Those powers are further particularised under the Parliamentary Powers and Privileges Act 1965, which provides for the prosecution of offences such as assault committed by one member against another member,” Mr Pryde said.

“Under section 20 of that Act, a person found guilty by Parliament for the offence of assault is liable to a fine of $400 or to imprisonment not exceeding two years or both.”

Mr Pryde said as the alleged altercation occurred within the precincts of Parliament, the Speaker exercised his authority and referred the matter to the Privileges Committee to hear evidence of the matter and to make findings on the allegation.

He said had the matter not been heard by the Privileges Committee and dealt with by Parliament, there was sufficient evidence for the matter to proceed to court.

Mr Pryde said there would be no further action on this file and the matter was now closed.

He said the police docket had been returned to the police.

Read the full report and more in tomorrow’s edition of The Fiji Times.