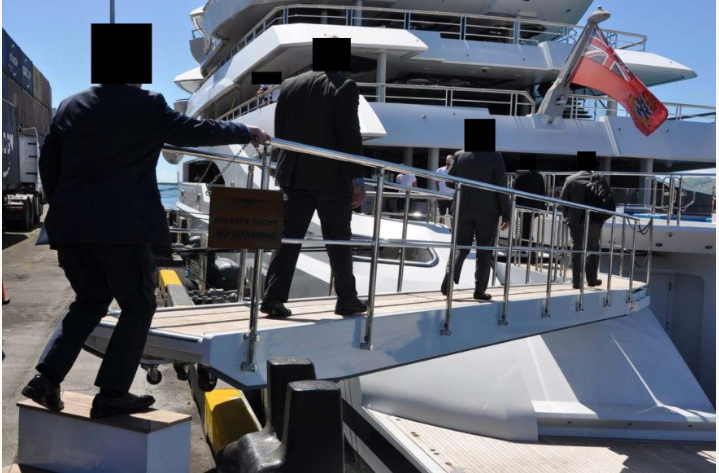 US law enforcement officers boarding the Amadea in Lautoka to seize the vessel. Picture: SUPPLIED

He made the comment while addressing Court of Appeal judge Justice Dr Jayantha de Almeida Guneratne when the matter of the seized Russian superyacht Amadea was called in the Court of Appeal yesterday.

Mr Pryde said certain people, including Russian oligarch Suleiman Kerimov, and others who claimed an interest in the yacht were subject to criminal proceedings in the United States.

He submitted that the Court not delay and hear the matter of the stay immediately and order to lift the temporary stay could be made and the substantive matter be left to the US Courts.

“Fiji’s international reputation is at stake when we are unable to deal with these matters in a timely manner.”

The matter will be called for hearing next Wednesday.