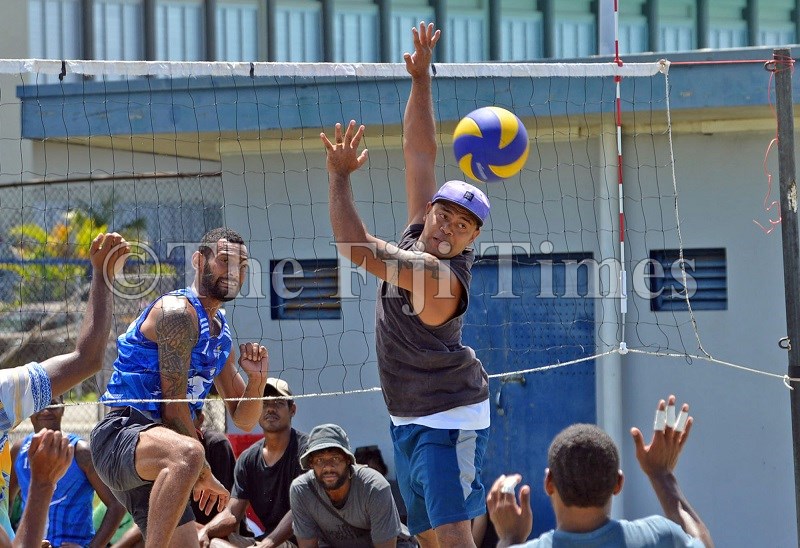 Anthony Foster, left, of Matavuvale Navaka spikes though the block of All Stars' Esala Naivalu during the Suva Volleyball weekly competition at the multi purpose courts at Laucala Bay, Suva on Saturday, March 06, 2021. Picture: JONACANI LALAKOBAU

THE Suva Volleyball Association will hold a double event in line with the globally celebrated International Women’s Day next week.

“As we continue to celebrate women’s growth in the sport we will be hosting two tournaments next week at the LICI Courts in Suva,” said secretary Semaima Lagilagi.

“Suva will be hosting this tournament, and we are already expecting large numbers to take part and celebrate the occasion,” Lagilagi said.

“We follow that with the International Women’s Day club competition that will be held on the weekend for two days on Friday March 12 and Saturday March 13.”

Lagilagi said in an effort to bring more excitement and a wide variety of teams, other teams willing to compete would be given an open door.

“This will be open to other associations and clubs, and generally to all volleyball lovers that will come together and celebrate our women.”