Dortmund knocked out of DFB Cup by St Pauli 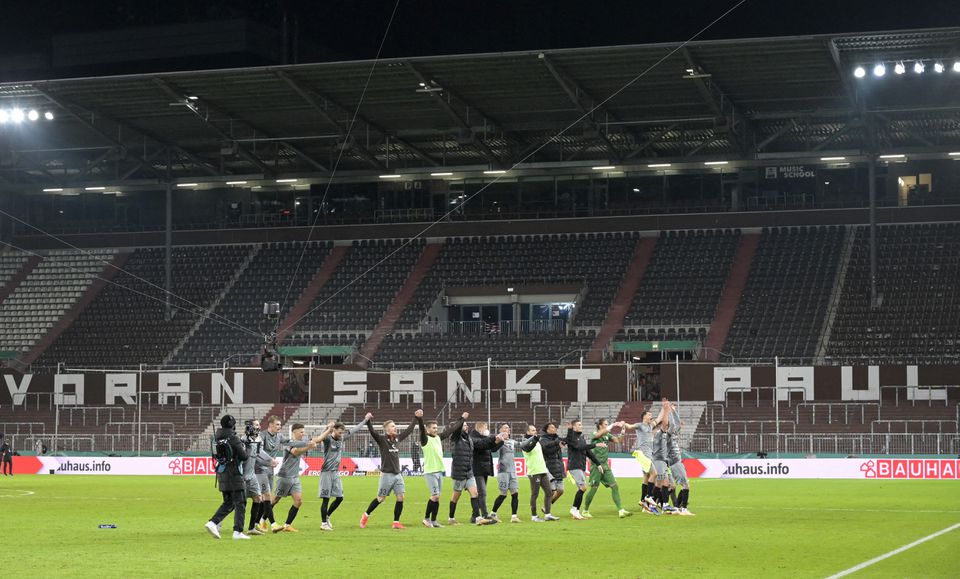 Jan 18 (Reuters) – Holders Borussia Dortmund suffered a shock exit from the German Cup at the hands of second-tier leaders St Pauli on Tuesday, going down 2-1 in the third round.

Erling Haaland’s penalty just before the hour mark reduced the arrears but St Pauli hung on to reach the last eight and secure a first win over Dortmund for 33 years.

“We caused ourselves several problems in the opening 15 minutes and also conceded a goal straightaway. That’s when it gets difficult,” head coach Marco Rose said.

“The way we went about trying to score the equaliser in the first half was a little rash. After going 2-0 down, we adjusted a few things. But the key issue is how we, as the holders, started this cup battle. We didn’t get that right.”

Bayern Munich were knocked out 5-0 by Borussia Moenchengladbach in round two meaning that for the first time since 2011 at least one of Bayern or Dortmund will not be in the final.

Bundesliga side FC Cologne also went out to second-tier opposition as they lost on penalties to Hamburg SV after the tie ended 1-1. Bochum beat Mainz 3-1 in an all-Bundesliga clash.

In the night’s other tie second-tier Karlsruher beat 1860 Munich 1-0 thanks to a Marvin Wanitzek penalty.