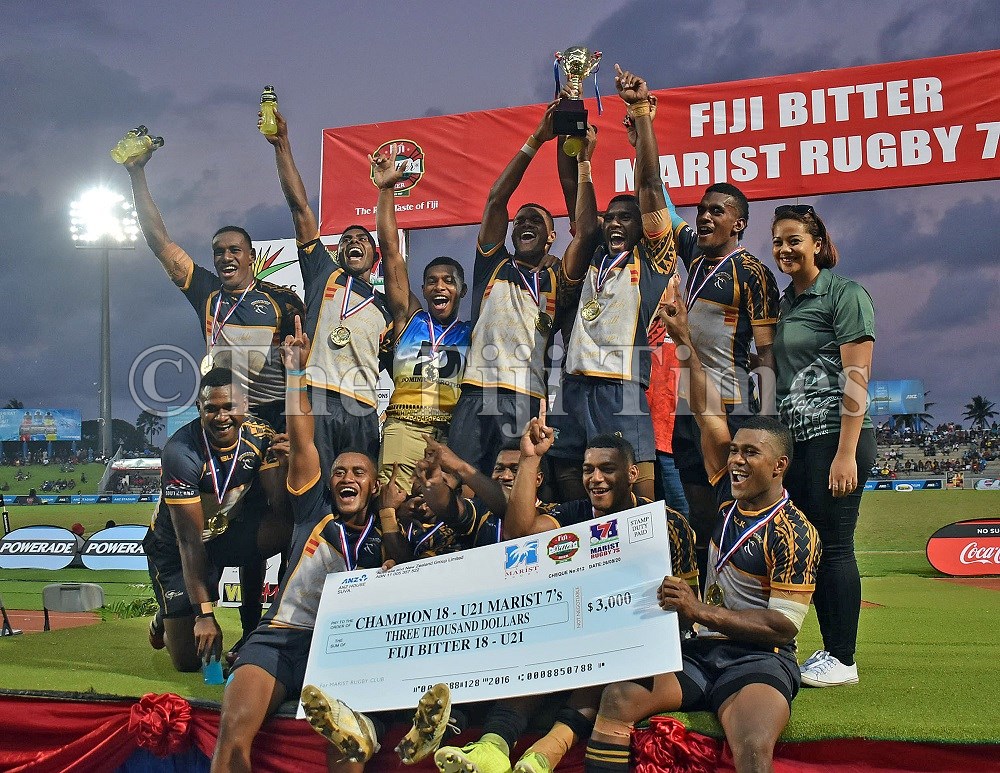 The victorious Dominion Brothers U21 team after winning the 44th Fiji Bitter Marist 7s tournament defeating Marist in the Cup final of the U21 category at the ANZ Stadium in Suva on Saturday, September 26, 2020. Picture: JONACANI LALAKOBAU

They came from different family backgrounds but share one common goal, that is to play rugby and expose their knowledge in rugby sevens.

Coach Rokolua Manuapa said his boys deserved the win because they worked hard for it.

“Before the final I told the boys that the atmosphere is not new to them and they just need to go out there and enjoy themselves,” said Manuapa.

The Brothers have played ten finals and won six for the past one year, making them the best in the tournament.

“Playing in the final is not a new experience but this is our first Marist 7s and I’m glad the boys did their best and achieved their goal,” he added.

The Dominion Brothers is the only unbeaten team in the under-21 division.

In the pool games they defeated Fire 7-5, and Koio by 29-0 and won by default against Meads Rugby.