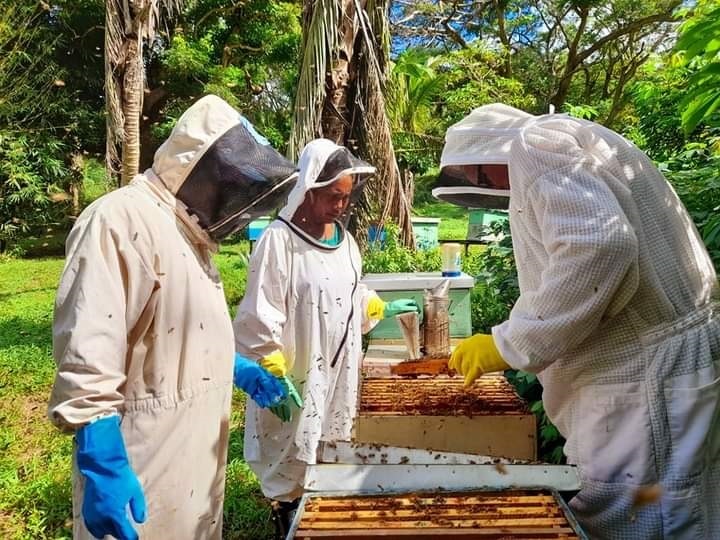 However Mr Caldeira said the COVID-19 pandemic has had several significant impacts on Fiji’s beekeeping industry.

According to Mr Caldeira, disruptions were caused in the honey market industry as a result of loss of tourism and reduced local spending with honey sales dropping significantly from the pre-COVID level.

“Ironically, the current cane sugar shortage has temporarily improved honey sales, but that is only a short-term help.

“Secondly, the confinement areas have separated some beekeepers from their bee hives and their customers, disrupting their ability to manage their bees, produce and sell honey and thirdly, the pandemic has resulted in a surge in people’s interest in beekeeping as a way to replace lost income in other sectors.”

Mr Caldeira said the association received inquiries from people wanting to learn beekeeping on a daily basis, adding that they had created a brochure to guide new beekeepers and a list of suppliers for beekeeping equipment, bees and training.

Lastly, he said the pandemic had slowed industry development as beekeeper training events had been suspended.

“Our overseas internships for Fijian beekeepers planned for New Zealand and Australia are also on hold. When beekeeping training events resume later this year, events will likely be limited to people who have been vaccinated against COVID to minimize health risks.”

Mr Caldeira said the future growth of Fiji’s beekeeping industry required new markets for Fiji’s bee products and towards this, they had an initiative to increase production and sale of value-added bee products such as skin creams, beeswax candles, and honey-based foods, adding that they were also in the early stages of exploring honey export.

Meanwhile he said Fiji’s beekeepers also had bee disease and parasite problems to deal with, to which he reiterated that beekeeper training was the best solution for these problems.

“As an example of the increased interest in beekeeping, FBA’s facebook group, which began in 2017, had less than 1000 members before the world COVID crisis hit early last year. Membership has swelled to approximately 5000 now, mostly non-beekeepers exploring the possibility and wanting to learn.

“Unfortunately FBA has very little funding to address the needs of these prospective beekeepers.”

He said FBA was working to obtain funding to provide training events throughout Fiji later this year, including a few online webinars.

With the suspension of beekeeper training events, beekeepers are sharing and learning from internet resources, including youtube videos, online books, and facebook groups.

He said beekeepers were resilient and good problem solvers and he was confident that they will overcome the COVID challenges.