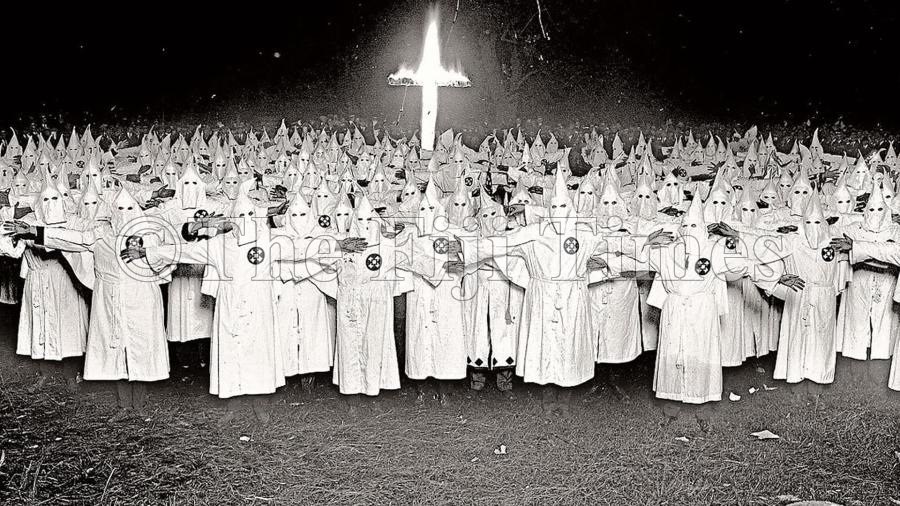 Levuka in the 1930s started to make inroads in as far as Christianity was concerned.

The first few Christian denominations to set up camp on Ovalau were the Methodists, Anglicans and Catholics who were mainly Marist Nuns and Brothers from France.

For decades, the Tui Levuka had sheltered Europeans, many of whom had local women as wives.

He protected them from warring Lovoni tribes in the interior of Ovalau and in return he received from them favours such as imported tobacco and liquor.

It took a while before its appeal caught on and people started joining the religion in droves as soon as their chiefs became converts.

Levuka experienced moments of peace and stability, and times of turmoil as well.

Decades later, on a fine June morning in 1871, Levuka’s residents were disturbed by noise, among them the sound of drum beating.

As curious people followed the noise, it took them to the northern end of town where Bau chief Ratu Seru Cakobau was sitting under the shade of a native coastal tree known as dilo.

There were a few Fijians and Europeans about him.

“Before a crowd too amazed to respond, the settlers and merchants were briefly told that ‘Cakobau Rex’ had formed a government.

The names of the ministers were announced, most of them Europeans, and the ceremony ended minutes after it began,” described Kim Gravelle in his book, Fiji’s Heritage: History of Fiji.

At first Cakobau’s announcement was taken as a wild joke.

It was nothing close to Ma’afu’s leadership system in Lau, which was well organised.

Europeans started to oppose Cakobau’s government, which ruled between 1871 and 1874.

They too wanted one for them, to be operated by them and without natives as leaders.

“But at a meeting that night, a number of Levuka’s townsmen angrily voted to resist the government, and to protest the way in which it was set up “without the consent of the Europeans,” Gravelle said.

Before long, Cakobau had a few white settlers on his Cabinet, as well as the signatures of all prominent chiefs who pledged their support for his regime called the Kingdom of Viti.

Cakobau kicked off his government with 11,000 pounds, which he collected from the sale of the people of Lovoni whom he sold to rich plantation owners.

Some were sold to a moving American circus.

But to keep his government afloat, he needed a sustainable source of revenue.

George Austin Woods, a retired British naval officer and the man responsible for supporting Cakobau to set up a government left for Australia, where he was tasked to raise money through the sale of Crown land.

But while Woods was away, discontentment among whites turned to open rebellion.

Among this group was the Klu Klux Klan, which was formed with the intention to oppose the government.

“The House of Representatives was fortified with guns trained on the Kayes Hotel, the headquarters of the KKK,” Henderson wrote.

There were tensions and altercations and on February 16, 1872, R.A. Derrick wrote: “The diehards met at Keyse’s Place, and resolved upon armed resistance”.

“Forming themselves into a secret society, known as the Ku Klux Klan, they bound themselves by exotic oaths to obey their leader’s secrecy, to boycott the government and pay no taxes, and to carry arms and rally at appointed posts upon the signal of three shots from a carronade.

“Keyse’s Place was fortifi ed and prepared for a siege, and the government was left guessing at the strength and intention of the opposition. (Keyse’s Place was formerly a hotel and was situated at the north end of the town, being built on piles extending over the beach and water.)”

The Fiji Times of February 24, 1872 carried a report on the fi rst general meeting of the KKK which confirmed “four resolutions were published”.

“The resolutions were (i) asserting that the existing mode of government was contrary to the welfare of the community;(ii) expressing lack of confidence in Burt and asking the king at Bau to dismiss him; (iii) demanding the dissolution of the assembly and the holding of a new election; (iv) appointing a deputation to wait upon the king at Bau, present the resolution and press for Burt’s
dismissal,” The Fiji Times reported.

Once, a white man charged with the murder of a Fijian man was released from prison by “70 members of the Tripple K.”

“In the final stage of Cakobau’s chaotic government,  600 Europeans went to interview Cakobau
at Draiba but were refused entry by Tongan andFijian soldiers who were under special orders
from European offi cers,” noted Suliana Sandys in the book, Levuka: Living Heritage.

“Someone fired a revolver in the air and the soldiers charged. The mob broke and fl ed along the beach with the soldiers in pursuit. This incident,known as Battle of the Bull Run, ended with
a few bruised heads.”

A Mr Proctor arrived in Levuka from Ba, where he led a white supremacy group in Fiji.

The KKK was born and the white men of Levuka banded themselves together to join the Ku Klux Klan.

Some white settlers believed the best way to get Fiji to be annexed by either Britain and America
was to effectively subdue the indigenous population, the book The White Pacific says.

“And just as the Ku Klux Klan was rising in the American South to administer an unyielding admonition
to those so bold as to resist the logic of white supremacy, a similar need arose at precisely the same moment in the South Seas,” Henderson added.

In White Robes and Burning Crosses, Michael Newton noted US President Ulysses Grant was still campaigning for re-election when “the KKK first foreign chapter surfaced in faraway Fiji, an archipelago of some 332 islands located in Melanesia, 13000 miles northeast of NZ’s North Island”.

Unlike the Americans, Fiji Klan’s founders were Europeans.

For the whites in Levuka, then capital of Fiji, it seemed the perfect vehicle for opposition to King
Cakobau, “a native Fijian who spurned the so called benefits of white supremacy”.

No details survive of the Klan’s operations in Fiji. Its leaders, apparently, were drawn from the right sort of European settlers-planters and businessman while its ranks were filled with the dregs of distant empires who had transformed Levuka into a frontier “hellhole”.

Cakobau tried to unite rival chiefs for mutual defence, but charges of corruption-plagued his government and violence spread from Levuka to the hinterlands.

“Britain had closed its consulate in Fiji five years earlier, but returned in 1874 “reluctantly”, its leaders claimed to bring order out of chaos,”Newton added.

“Sir Hercules Robinson arrived in September, signed a “Deed of Cession” with Cakobau on  October 10, making Fiji a British colony, and then took office as interim governor. By the time his successor reached Fiji in June 1875, Robinson has suppressed the Klan in a true British style.”

According to Encyclopaedia Britannica, the 19th-century Klan was originally organised as a social club in Pulaski, Tennessee, in 1866.

“The organisation quickly became a vehicle for Southern white underground resistance. Klan members sought the restoration of white supremacy through intimidation and violence aimed at the newly enfranchised black freedmen,” it noted.

“Dressed in robes and sheets designed to frighten superstitious blacks and to prevent  identifi cation by the occupying federal troops,Klansmen whipped and killed freedmen and their white supporters in night-time raids.”

The literature, Top Cases of The FBI Vol II by R.J. Parker also noted how the Ku Klux Klan was “able
to reach as far as Fiji in the 1870s.

“White settlers from foreign lands established a Klan to protect their interests, but when British
colonials found out that they had plans to rebel against the crown, they eradicated its existence in Fiji, putting an end to the evil of the KKK in Fiji forever,” Parker said.

Quoting The Fiji Times, White Pacifi c author, Gerald Home said “one fine morning all Levuka was surprised to find the town in the hands of the Ku-Flux and made into a sort of barracks and  an earthwork thrown up and a gun or two brandished.

“After this, the KKK grew and multiplied in secret and often at night put entries on across the beach.”

The KKK also operated in other parts of Fiji including Nadi and Nadroga.

According to Gravelle the KKK in Fiji was not as aggressive as the KKK in America.

The Fiji society of the white supremacist group died out subtly as the British sided with Cakobau and with the help of native police crushed the Klans out of Ovalau forever.