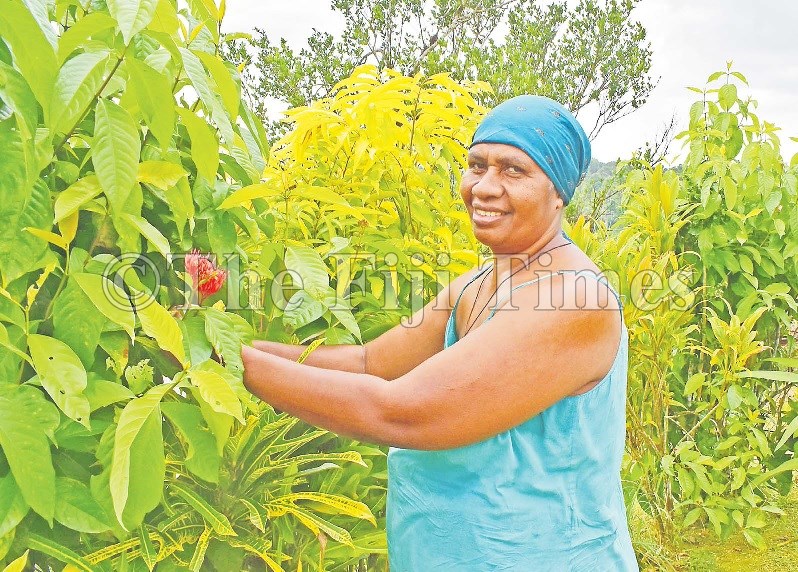 After a tissue sample was extracted from her breast, Ulalia Dimanu prayed for three straight weeks as she waited for the results.

The Nawaido, Bua, woman said she did not pray for healing.

She only asked God for the courage to accept the outcome of the result.

“I knew it was not going to be easy for me to accept it if the result said I had breast cancer, so I prayed to God to give me peace.”

Ms Dimanu said she noticed a swelling in her right breast towards the end of February and had initially disregarded it because there was no pain.

“I remember it was on a Tuesday, but by the next day I began to feel different and on a Thursday morning I went straight to the health centre to see a doctor.”

The mother of four said she was advised by the doctor to go to the Colonial War Memorial Hospital for an X-ray and a scan.

“After the X-ray at CWMH, I took the result back to the doctor at Naqali Health Centre.

“When the doctor in Naqali examined the result, he said the scan was not clear but the X-ray result was clear.”

Ms Dimanu said the doctor made another appointment with the Oncology Department at the CWM Hospital in Suva for tests to be conducted.

“They injected my breast and they took some tissue to be tested and told me the results would come back after three weeks.

“After three weeks I went back to CWMH and Dr Ilaitia Delasau spoke to me about my result.

“As soon as he said those words, I knew something was wrong and my heart grew heavy.

“He said the results showed that I had cancer.

Ms Dimanu said while the news made her feel a bit better, it was still hard to accept that she had the illness inside of her body.

Dr Delasau advised her to go under surgery as soon as possible to avoid the cancer getting worse.

“From what I discussed with him, I had already made the decision to have the operation done but I still had to tell my husband about it.

“I finally got the courage to discuss it with him and our children and they all agreed to support me in my decision to have the surgery.

“In March this year, I had the operation done and the doctor removed nine lymph nodes because he said the bacteria had already passed through to one of the nodes.”

Ms Dimanu said she was told by the doctor to undergo chemotherapy because the bacteria had already gone through one of the nodes.

“I have completed three cycles of chemotherapy and the last one will be done this week.

“I have hardly felt any pain and everything is normal.

“And because of my experience, I have begun talking and advising women in the village to examine their breasts regularly and to go to the hospital as soon as possible if there is something suspicious.”

Ms Dimanu said her advice to women who were scared of hospital visits was to share their concerns with a friend or their husband.