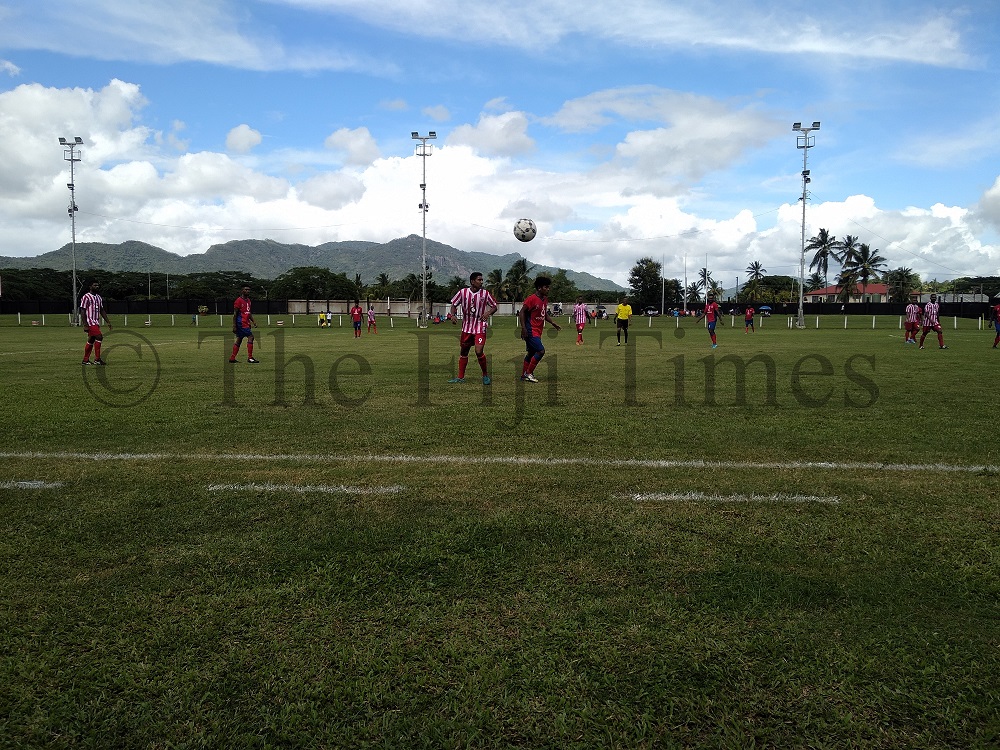 The Navua and Labasa teams in action at Subrail Park in Labasa in this file picture. This ground is being prepared for today's premier league match. Picture: FT FILE/ROHIT DEO

The Labasa Town Council has worked round-the-clock to get Subrail Park ready for the Labasa-Rewa match in the Digicel Premier League today.

Fiji Football Association chief executive officer Mohammed Yusuf said football officials had visited the ground yesterday and fans in the Northern Division could expect a cracker of a match today.

“It is going to be a good match for the fans. Labasa is back to its full strength after some players missed out last week and Rewa is also a good team. We can expect a cracker of a match in Labasa,” he said.

Yusuf urged Labasa fans to come out in numbers and support their team.

“This is the first time this season Labasa will feature in front of their home fans. They did not get the preferred result last week but are sure to come out firing in their home ground.”

Rewa go into the match with three points while Labasa is yet to register a point.

The Rewa-Labasa match kicks off at 1pm.