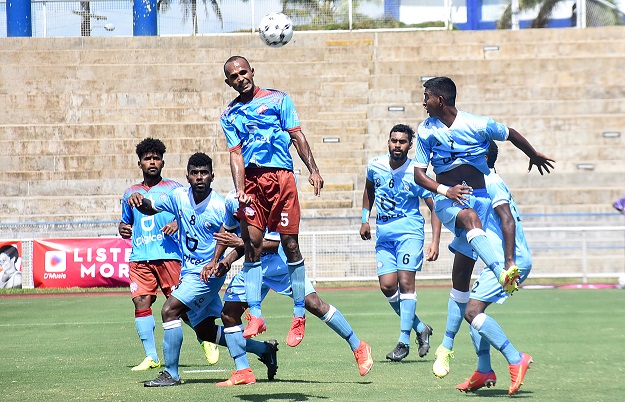 Action from the match between Nasinu and Tailevu/Naitasiri in the Digicel Premier League at the ANZ Stadium in Suva today - Sunday, February 20, 2022. Picture: SOPHIE RALULU

Tailevu\Naitasiri and Nasinu both drew nil-all in the second round of the Digicel Premier League at the ANZ Stadium in Suva this afternoon.

Both teams fought until the end but luck was not on their sides.

Both coaches were frustrated saying it was not the result they wanted after a week of hard core training.