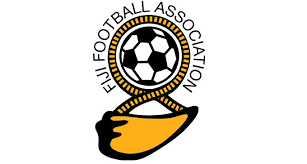 We want to win now, says Labasa football team coach Ravneel Pratap after the played to a nil-all draw against Nadroga in Round 11 of the Digicel Premier League at Lawaqa Park in Sigatoka on Sunday.

Pratap said they needed to win their games now.

“We are unbeaten, but we need to win some games because most of our games ended in a draw,” said Pratap.

He said they missed some key players in their match against Nadroga.

“Some of our players were out because of injuries, but I am sure we will do our best in our next games. We will need to work on our finishing as we are not getting the goals.”

Pratap urged Labasa fans to come out in numbers this weekend.

“I request fans to come out and support the team this weekend.

“We need to win both games.”

Labasa has played eight matches in which they drew six matches and won two.

They will face Lautoka this Saturday at 1pm and Navua on Sunday at the same time at Subrail Park in Labasa.