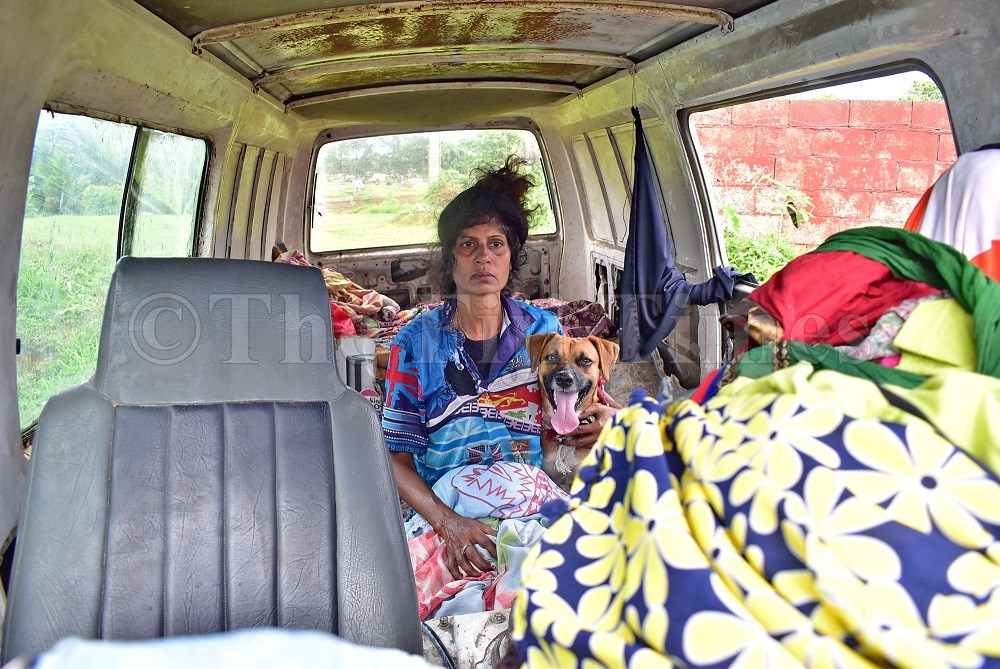 Anita Devi with her pet dog inside the wrecked vehicle which they now call home at Wainibuku in Nausori. Picture: JONACANI LALAKOBAU

A 45-year-old woman, who took up shelter in a ruined minivan after her flat was destroyed in a fire, has opted to remain there instead of moving into a Housing Assistance and Relief Trust (HART) Home.

Minister for Women, Children and Poverty Alleviation Rosy Akbar said her staff had approached Anita Devi several times to take up accommodation at the facility, but she had refused as she was awaiting another option.

“We were told that some donors have offered her a land and assistance to build her a home, and that’s the option she wishes to take,” she said.

“My staff have been working with Ms Devi in trying to find her accommodation and also in processing a Fire Relief Assistance that could cater for her immediate needs.

“However, Ms Devi has been going back and forth on her decision to go to HART and we take her latest refusal as her final decision to remain where she has been.” Ms Akbar said once she received the official report from the National Fire Authority (NFA) regarding the fire which destroyed her residential flat, then Ms Devi would receive her relief assistance from the ministry. |