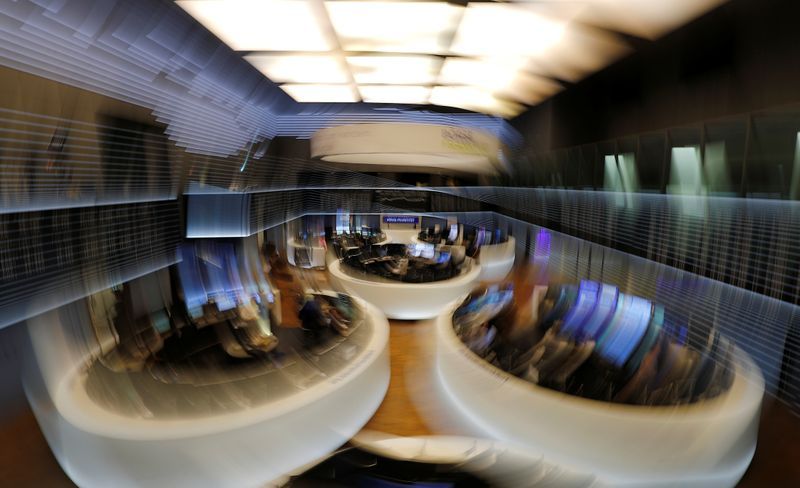 FILE PHOTO: The trading floor is seen at the end of a trading day at the German stock exchange (Deutsche Boerse) in Frankfurt, Germany, February 12, 2019. REUTERS/Kai Pfaffenbach

Executives at both exchanges are trying to thwart Rome’s alliance with France’s Euronext ENX.PA and have held meetings in recent weeks to persuade the Italian Treasury – which controls state lender Cassa Depositi e Prestiti (CDP) – of the merits of their respective proposals, the sources said.

Dubbed “Project Botticelli”, the sale has put Borsa Italiana at the centre of a new shake-up in the European exchange sector.

The London Stock Exchange (LSE) LSE.L, which took control of Borsa in 2007 for 1.6 billion euros, is now trying to sell it as part of the regulatory remedies to clear its $27 billion acquisition of data provider Refinitiv.

Refinitiv is 45% owned by Thomson Reuters, which is the parent company of Reuters News.

Deutsche Boerse has offered to buy Borsa Italiana in tandem with Italian investors and would give Rome a seat on its supervisory board, the sources said.

The German exchange is prepared to enter a joint venture vehicle with Italian investors that could hold up to 49% of Borsa while Deutsche Boerse will have a controlling stake of about 51%, the sources said.

If successful, Deutsche Boerse would grant full operational independence to Borsa Italiana, allowing it to be headed by an Italian chief executive and chairman, two of the sources said.

Six is instead putting a lot of emphasis on its investment plan and has committed to plough cash into the digital upgrade of Borsa as part of its bid, another source said.

Earlier this week Six met with CDP officials in Rome to pitch its proposed takeover of Borsa whose structure would largely reflect the one of Spanish rival BME, this source said.

The Italian Treasury is playing kingmaker and will use its “golden power” legislation to block any unwanted takeover of Borsa, deemed a key asset by Italian lawmakers.

Six is currently leading the race for the Italian exchange after submitting the highest non-binding offer, followed by Deutsche Boerse.

Euronext, which has teamed up with Italy’s CDP and Intesa Sanpaolo ISP.MI, is lagging behind and would need to raise cash to boost its firepower for the deal, analysts have said.

The LSE is reviewing the bids and has yet to decide whether to ditch a separate sale process for bond trading platform MTS – a key unit of Borsa Italiana – to fully focus on finding a new owner for the entire Milan bourse.

Deutsche Boerse has pledged to grant Italian investors majority control of MTS should the LSE decide to go ahead with that sale, the sources said.