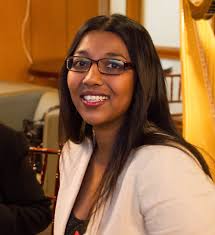 THE effect of a law to promote accountability and transparency should create an environment where it protects freedom of expression and not put it in jeopardy.

This is the view of Amnesty International’s (AI) Pacific researcher Roshika Deo about the Code of Conduct Bill currently before the Parliamentary Standing Committee on Justice, Law and Human Rights.

The Bill, if enacted, would establish an accountability and transparency commission to ensure all public office holders listed under Schedule 6 are held accountable for abuse of office and other related matters such as declaring interests on an annual basis.

Holders of office established includes members of commissions, permanent secretaries, ambassadors or other principal representatives of the State and persons who hold statutory appointments and governing positions in statutory authorities including public offices as prescribed by the written law.

Ms Deo said in order to have people exercise their right to free expression with responsibility, education and socialisation were key, not regulations and criminalisation.

“Encouraging people to make complaints in the interest of accountability and transparency and then putting in subjective and ambiguous provisions to criminally punish if the commission thinks it is ‘politically motivated’ among other stipulations is a disproportionate measure,” she said.

“We see far more actions to limit, restrict and criminalise freedom of expression rather than to protect it.”