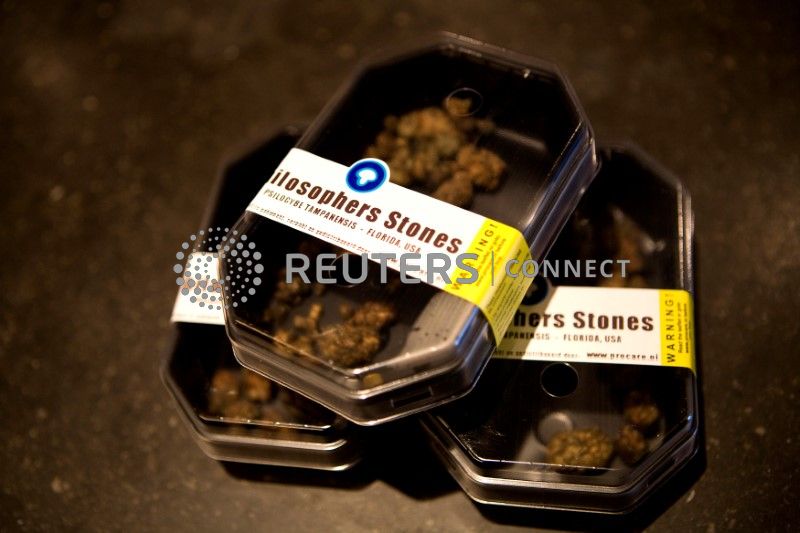 Boxes containing magic mushrooms sit on a counter at a coffee and smart shop in Rotterdam November 28, 2008. REUTERS/Jerry Lampen (NETHERLANDS)/Files

(Reuters) – Denver voters will decide on Tuesday whether to decriminalize possession of psilocybin, a hallucinogenic drug that puts the magic in “magic mushrooms,” in a vote that would make the Colorado capital the first U.S. city to stop such prosecutions.

If passed, the ballot initiative would prohibit the city from imposing criminal penalties on people at least 21 years old who use the drug or have it in their possession.

Psilocybin would remain illegal under both Colorado and federal law. The U.S. Drug Enforcement Administration classifies the drug as a Schedule 1 substance, meaning the agency has deemed that it has a high potential for abuse and currently has no accepted medical use.

Decriminalize Denver, the group behind the ballot question, said psilocybin has a wide range of medical benefits. It has been shown to reduce depression and anxiety and help in treating tobacco, alcohol and opioid addictions, and with alleviating symptoms of post traumatic stress disorder (PTSD), it said.

“We are decriminalizing mushrooms in Denver because the cure for trauma is connection, and mushrooms are a key. They can help someone access the core of their issues and make radical change for the better,” the group said on Facebook.

Some opponents worry that if passed, the initiative would further the city’s image as a haven for drugs, given that recreational marijuana is already allowed under Colorado law.

Denver District Attorney Beth McCann opposes the initiative. But if the measure is approved, she supports the review panel to be formed to study the effects of the drug and the impact the ordinance would have on Denver, spokeswoman Carolyn Tyler said.

Mayor Michael Hancock has told the Denver Post that he opposes the mushroom question.

In 2004, Denver voters voted to decriminalize marijuana possession, years before Colorado voters approved its legalization for recreational use and establish a full regulatory framework.