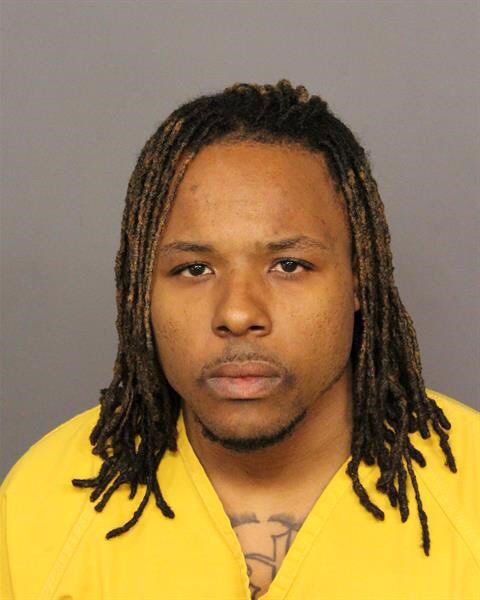 Suspect Michael Andre Hancock, 29, arrested on suspicion of first-degree murder after Denver police said he fatally shot a passenger in his vehicle, is shown in this booking photo in Denver, Colorado, U.S., provided June 1, 2018. Denver Police Department/Handout via REUTERS

DENVER (Reuters) – A driver with the ride-sharing service Uber was arrested on Friday for suspicion of first-degree murder after Denver police said he fatally shot a passenger in his vehicle.

Michael Andre Hancock, 29, was being held without bond in the Denver County jail pending the formal filing of charges, according to jail records. It was unclear if he had legal representation.

According to a Denver Police probable cause affidavit, on Friday morning a man later identified as Hancock told a motorist on the side of a highway that he had just shot a rider who tried to attack him.

Police found a sedan stopped perpendicular to traffic on a ramp and a man with gunshot wounds lying on the floor board of the front passenger seat, the affidavit said.

Police said they removed a semi-automatic pistol from Hancock’s waistband, and later recovered 10 spent 40-caliber cartridges on the shoulder of the highway. Hancock was arrested, but police did not provide further details.

Uber said in a statement that it was “deeply troubled” by the arrest of Hancock, a contract driver with the company for nearly three years.

“Our thoughts are with the families of those involved. The driver’s access to the app has been removed, and we will continue working closely with police,” Uber said.

San Francisco-based Uber Technologies Inc has faced criticism over its vetting of drivers.

Last November, the Colorado Public Utilities Commission fined Uber $8.9 million (£6.6 million) for allowing 57 people to drive for it although they lacked valid driver’s licenses or had committed other offences that should have disqualified them.