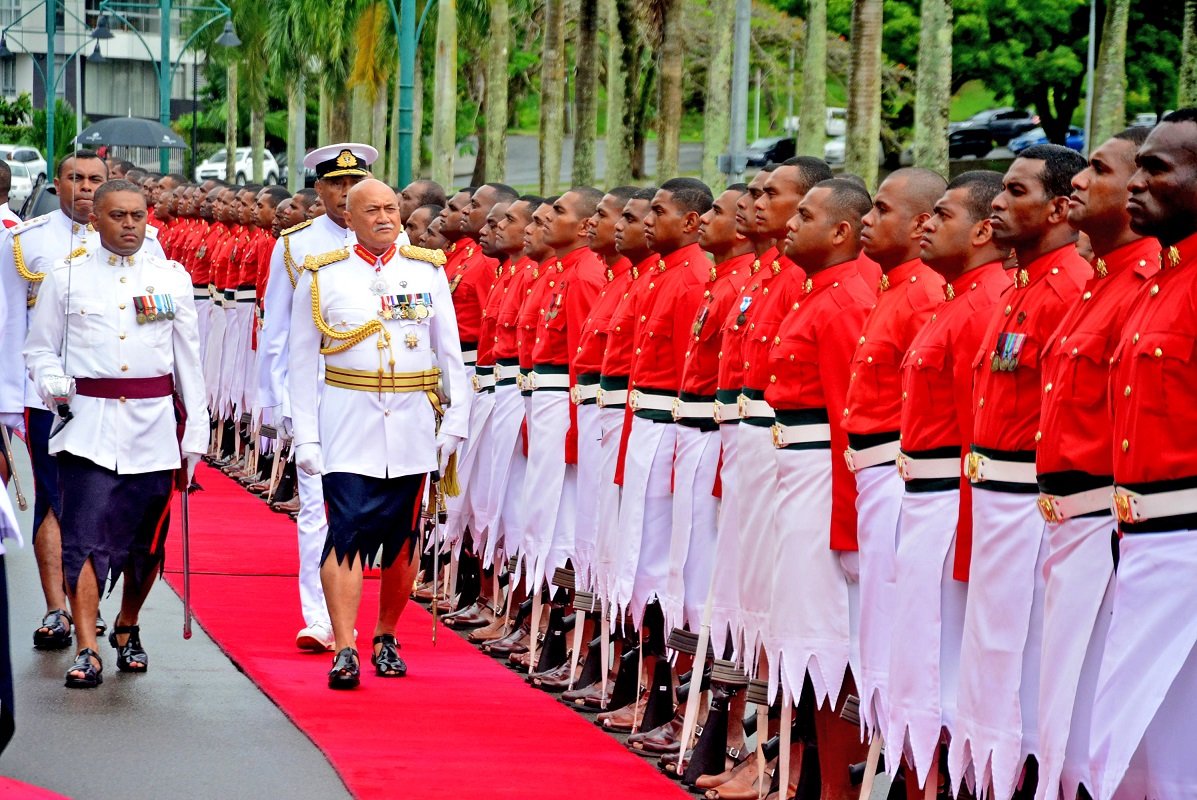 President Jioji Konrote inspects the guard of honor during the opening of Parliament. Picture: JONA KONATACI

IN the past decades there were entire generations of Fijian children who were denied the priceless assurance of security and who were constantly told they were different from one another.

These were the sentiments shared by President Jioji Konrote while officiating at the opening of the 2019/2020 parliamentary session in Suva on Tuesday.

He said in the past, some children were made to feel like strangers in their own country and were victims of discriminatory notions of national identity.

“Others were robbed of education and economic prospects by an unjust system that constrained success to those with wealth, privilege and status,” President Konrote said.

“How could anyone – especially young Fijians – think seriously about the future when living through the communally-charged upheavals of our past?

“What hope could be found in the divisive and despondent political rhetoric that characterised those periods?”

He said Government has freed the minds of the newest generation of Fijians from the weight of those concerns by bestowing upon them an equal and inclusive society.

“We have forged a national identity by establishing our common equal citizenship; We have made education free.

” We are, on a daily basis, creating transparency across the business of government; We are rewarding merit across our society.”