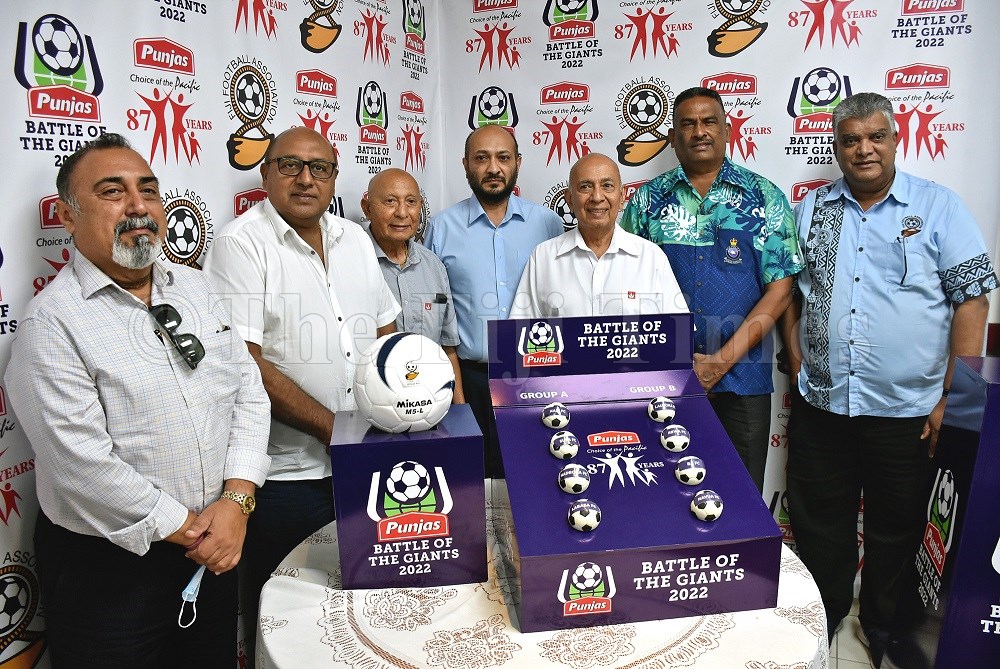 Defending champions Rewa will face hosts Lautoka, 17-time champions Ba and Navua in Group B of the 2022 Punjas Battle of the Giants tournament which will kick off on August 26.

Five-time champion Nadi is in Group A with last year’s runner-up Suva, Nadroga and Labasa.

He said Punjas was very proud to promote a healthy living lifestyle by bringing numerous nutritious and healthy food products which contributed to the staple diet of every Fijian.

“Football is a game of the world,” Jadhav said.

“It is played in nearly every nation because it brings the people together. One of the reasons we sponsor football is because the game is equally enjoyed by people of all ages.

“Fiji has a small population yet the district pride and support for football is enormous.

“Be it the Fiji FACT, BOG, Inter District Championship or even the league games, the passion and aggression is at its peak.”

Jadhav said they would like to encourage Fijians to realise the importance of their everyday nutrition to help families and communities fight against the various non-communicable diseases.”

The group stage of the BOG will be played from August 26-28 while the semi-finals and final will be held at the same venue the following weekend.