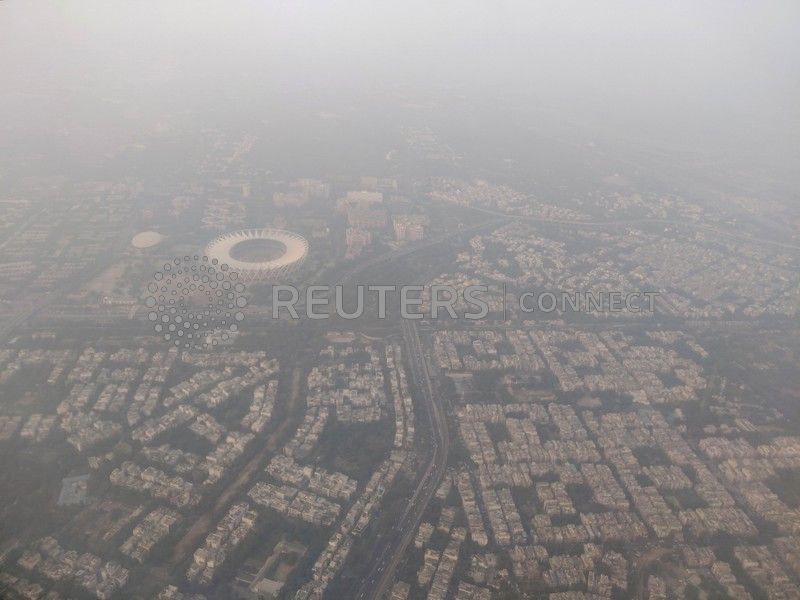 NEW DELHI (Reuters) – Air quality in India’s capital New Delhi plummeted to “severe” on Wednesday due to a drop in temperature and wind speed that trapped pollutants in the atmosphere, prompting health warnings from the government for the 12th time in two months.

On Tuesday, the air quality index crossed 400, indicating a level of pollution that affects healthy people and seriously impacts those with existing diseases, according to government guidance.

The index measures small particulate matter of 2.5 microns or less in diameter (PM2.5) that can penetrate the lungs and enter the blood system. Chronic exposure to such particles contributes to the risk of developing cardiovascular and respiratory diseases, as well as lung cancer, according to the World Health Organization.

The Ministry of Health said those vulnerable to health risks should avoid outdoor physical activities when the air quality index is between poor to severe.

Air quality levels in Delhi have moved between “very poor” to “severe” during the last two weeks due to cooler temperatures. Schools were closed for four days in November when the index climbed past 500.

Government-run monitor SAFAR has forecast rains in the next two days. Showers tend to bring down pollution levels.