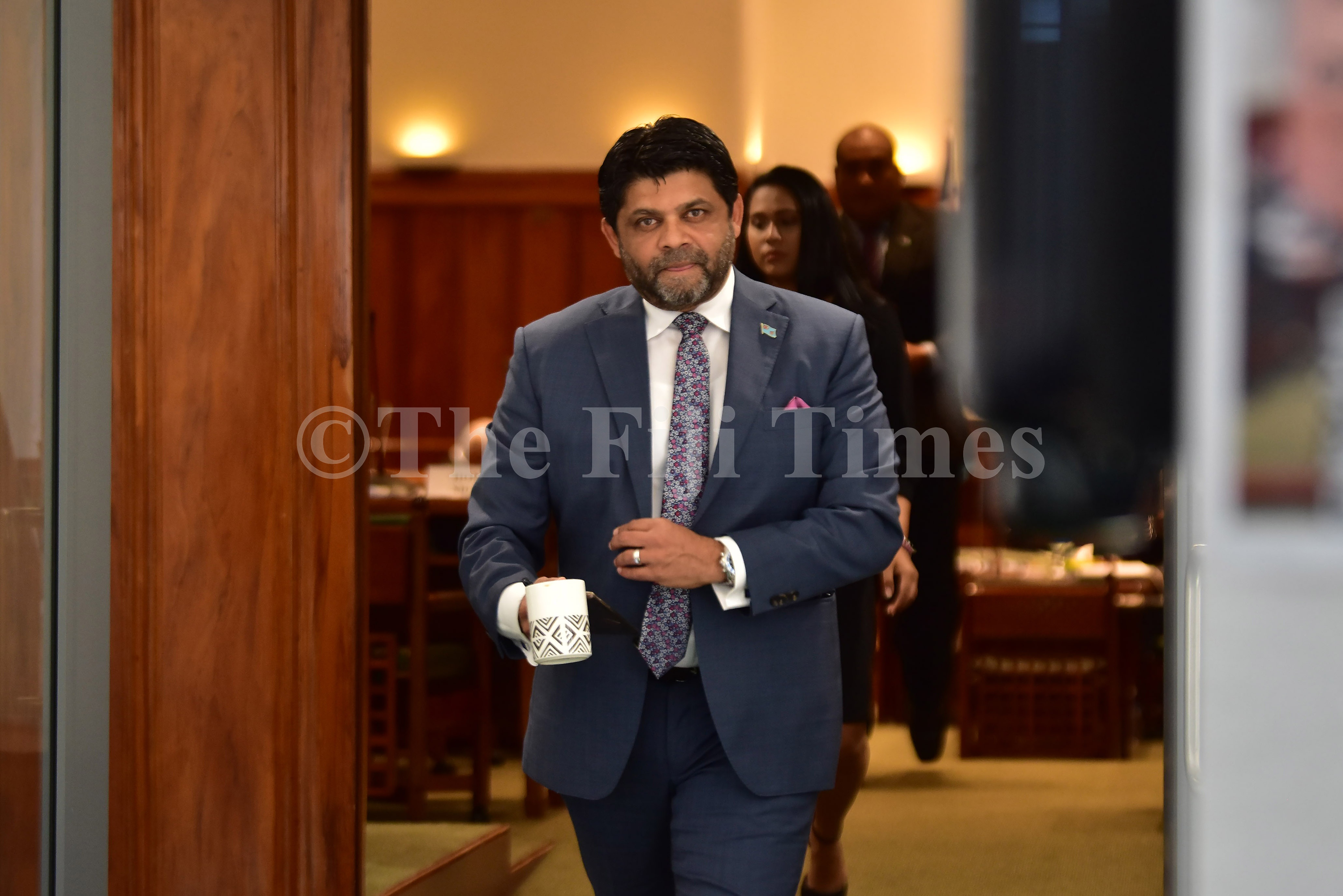 Attorney General and Minister for Economy Aiyaz Sayed Khaiyum at the parliament complex during a break in the parliamentary sitting on Wednesday, February 10, 2021. Picture: JOVESA NAISUA/FILE

THE Civil Society Organisations Alliance has called on Prime Minister Voreqe Bainimarama to allow Minister for Economy Aiyaz Sayed-Khaiyum a decent rest by delegating his responsibilities.

While showing empathy with Mr Sayed-Khaiyum, the alliance said in a statement they were concerned the A-G held several portfolios during this time of the pandemic and economic downturn.

It said this could create destabilisation in governance, adding there were other competent minds in Parliament who could share the responsibilities of steering the nation in his absence.

“It’s a big ask to expect Mr Sayed-Khaiyum, who is going through medical procedures in another country, to try and run multiple portfolios and steer a nation grappling with multiple disasters which needs on ‘the feet decision making’,” the statement read.

“We call on the PM to allow Mr Sayed-Khaiyum to rest so that he can have a speedy recovery after what he has said will be a major medical procedure.

“The alliance thanks Mr Sayed-Khaiyum for clarifying that his treatment costs are borne by him and not by taxpayers through the Government and that is honourable indeed.

“However, in the spirit of transparency, we ask Fiji Airways management to clarify for the nation, when Fiji Airways is currently not flying to Singapore, how was this flight made possible?”

The alliance questioned whether there were other passengers or cargo on this flight and whether this service was available to other taxpayers in need of foreign medical care.

“Can flights be requested and scheduled for those in need of urgent medical attention also, finances allowing?

“We maintain that every Fijian’s life is important so Mr Sayed-Khaiyum’s situation is encouraging for citizens whose illnesses cannot be attended to in this country.”

When contacted for a comment yesterday, permanent secretary to the Prime Minister’s Office, Yogesh Karan said they would not comment on the concerns.