Defending champion Swiatek crashes out of French Open in quarter-finals 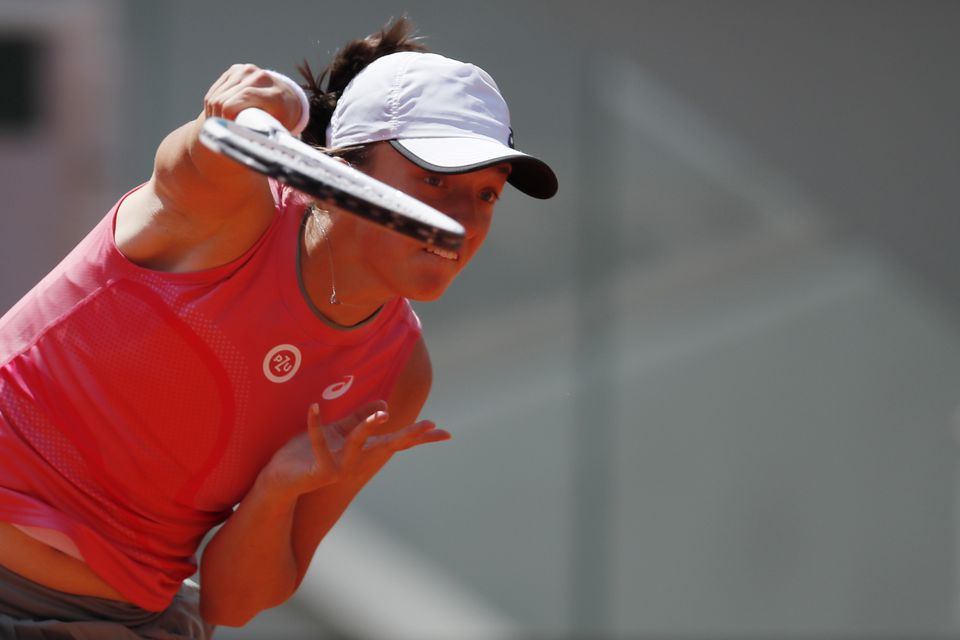 The curse of French Open defending champions continued as Iga Swiatek was knocked out 6-4 6-4 by Greek Maria Sakkari in the French Open quarter-finals, leaving the women’s draw wide open on Wednesday.

The 20-year-old Pole, who took an off-court medical timeout early in the second set, was overwhelmed by Sakkari’s power and pace on court Philippe Chatrier with almost 5,000 spectators now allowed to attend.

World number nine Swiatek, bidding to become the first woman to retain her title since Justine Henin in 2007, got off to a confident start but lacked her usual poise against Sakkari, who dictated most of the points and was greatly helped by her opponent’s unforced errors.

Sakkari, the world number 18, will take on Czech Barbora Krejcikova for a place in Saturday’s final.

Although she is the highest-ranked player left in the draw, 25-year-old Sakkari does not believe she is now the favourite for the title.

“The rest of the girls are playing extremely well. I think the draw has changed so much so it doesn’t really matter who was the highest ranked in this tournament,” she said.

“I wouldn’t have done it without my team, their support. It’s still a long way to go but we made a huge step today,” Sakkari said on court after her compatriot Stefanos Tsitsipas reached the last four in the men’s draw on Tuesday.

“I just really enjoyed today. Before the start of the match I spoke to myself and said ‘It’s an important match but just enjoy because this is one of the best stadiums in the world’.”

Swiatek benefited from her opponent’s early nerves to go 2-0 up, but she was not exactly settled herself, allowing Sakkari to break back right away.

Swiatek then found herself under constant pressure, and Sakkari broke back before stealing her serve again for 5-4 after forcing the Pole to misfire.

The defending champion struggled to cope with Sakkari’s brutal accelerations from the baseline and she showed her frustration on several occasions.

The Greek saved a break point in the 10th game before sealing the set with a backhand winner to end Swiatek’s 22-set winning streak in Paris.

Swiatek took a comfort break but her problems did not go away as she dropped serve in the first game of the second set with another forehand error.

Sakkari followed on serve to lead 2-0 and Swiatek called the trainer on court with an apparent leg problem before taking an off-court medical time out.

She returned with a strap on her right thigh and held serve, but Sakkari stayed solid on her own service games.

Serving for the match at 5-4 Sakkari went 40-0 ahead and after Swiatek saved two match points, she bowed on the third when her forehand sailed wide.