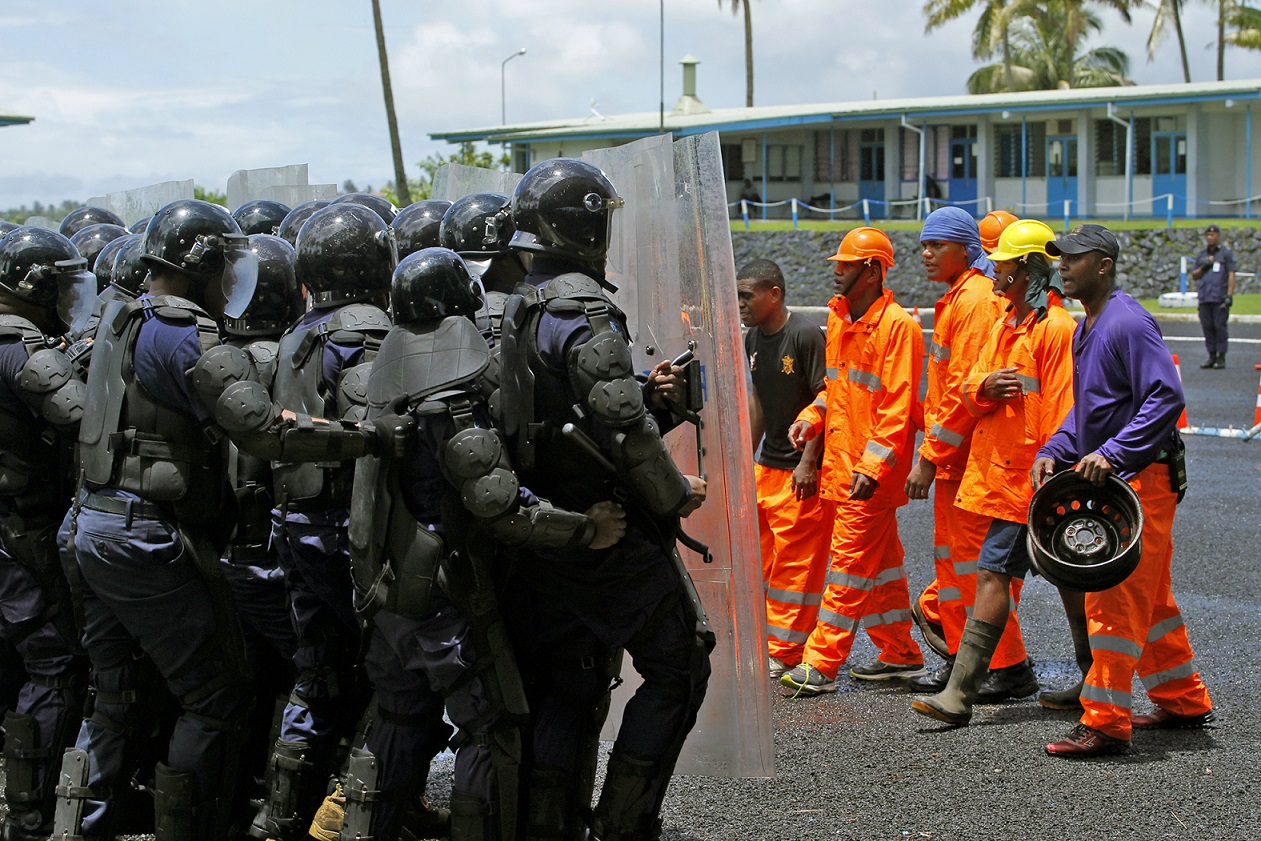 The Police riot squad displaying tactics of dealing with an angry crowd during a visit by minister Inia Seruiratu at the Police Mobile Unit in Makoi, Nasinu on Wednesday, January 16, 2019. Picture: ATU RASEA

During his visit at PSRU, Mr Seruiratu was hosted and shown the new vehicles and components of the PSRU.

Also, a riot demonstration and crowd control drill was held with Police officers responding to an emergency.

Mr Seruiratu said the visit corresponded to the reforms and policy changes the ministry had identified for the force.

“I was presented with the strategic development plan and the reforms that are taking place. The weakness and the challenges they face and how they are preparing for these challenges,” he said.

“We also discussed trends in crime in the country.”

He added a similar visit was planned for the Republic of Fiji Military Forces during the year.