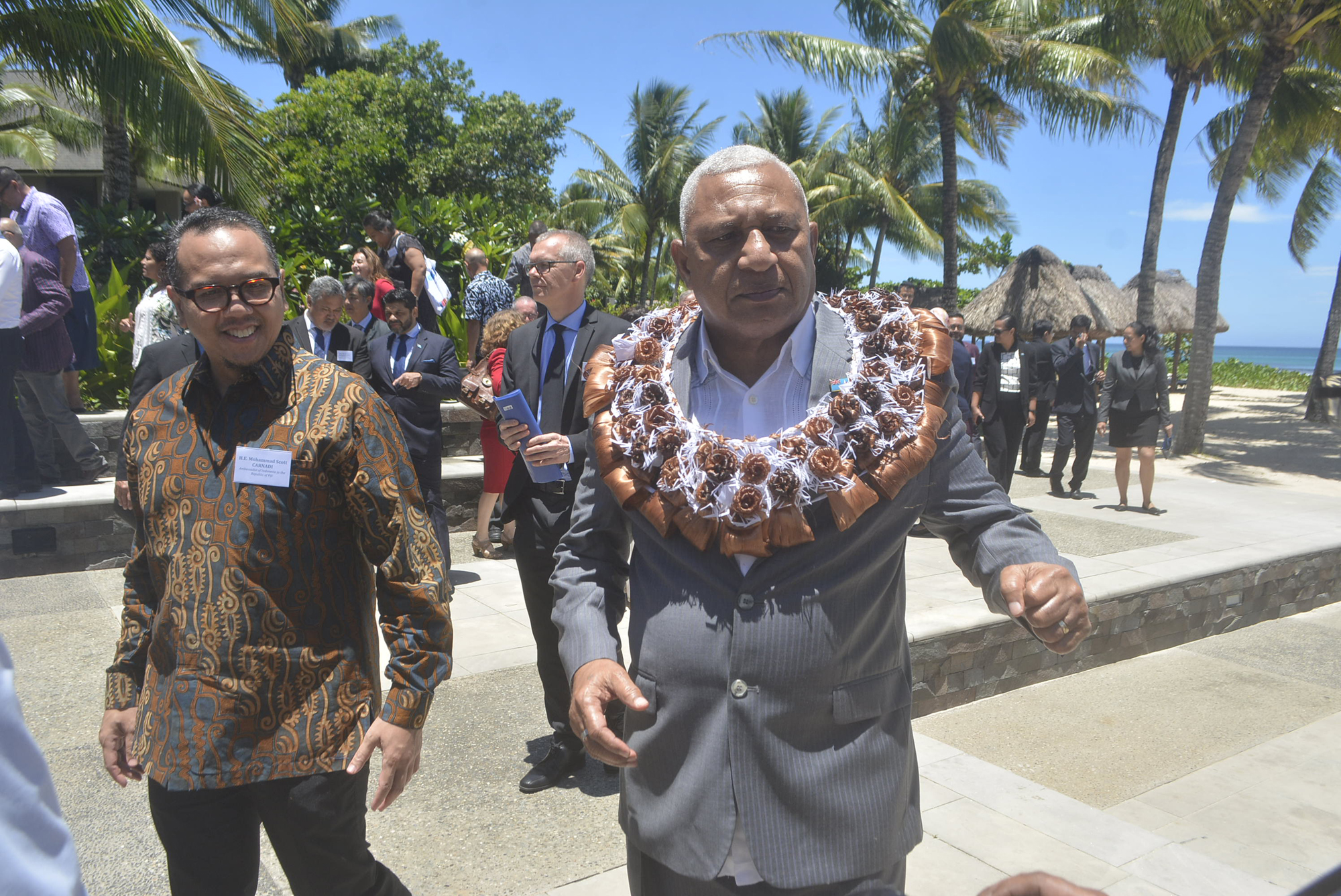 FIJI has seen a sharp decrease in the number of allegations of brutality leveled against police officers, says Prime Minister Voreqe Bainimarama.

“The First Hour Procedure project ensures the provision of legal counsel to every suspect at the police station, within one hour of arrest, with a protocol guiding the conduct of both police and lawyers in relation to the implementation of this right,” he said.

“A review of the program has already seen a sharp decrease in the number of allegations of brutality being leveled against police officers.”

He said the pilot program which was implemented at the Totogo Police Station in Suva has since been introduced in other police stations across the country.

“Moreover, police stations in Fiji are starting to record interviews of arrested or detained persons, in addition to the counsel that they are already provided.

“With the help of the Scotland Yard and the British Government, Fijian police officers have been trained on the use of video recordings during police interrogation in order to decrease incidences of police brutality during investigations and interrogation of persons.

“The Fiji Police Force is also reviewing police manuals and guidelines to align themselves with international best practice and standards.”

He added that ensuring the protection of inmates and criminal suspects had also been prioritised by the Fiji Corrections Services.

“It’s not just the Fiji Police Force that is undertaking a comprehensive review of its policies and procedures; the Fiji Corrections Service is also working closely with the United Nations Office on Drugs and Crime to ensure our prison standards are in compliance with the Nelson Mandela Rules.

“For example, we recently opened a new Corrections Centre in Lautoka dedicated solely to women inmates. This is the first time we have a women’s correction facility outside Suva, breaking a longstanding precedent that has gone unchanged since our colonial days.

“Before this new facility, any female convicted in any other city would have to come to Suva, minimising their ability to stay in touch with their relatives and family members.

“This is just the beginning; we are continuing to invest in rebuilding and remodeling our prison facilities based on international standards and compliance.”