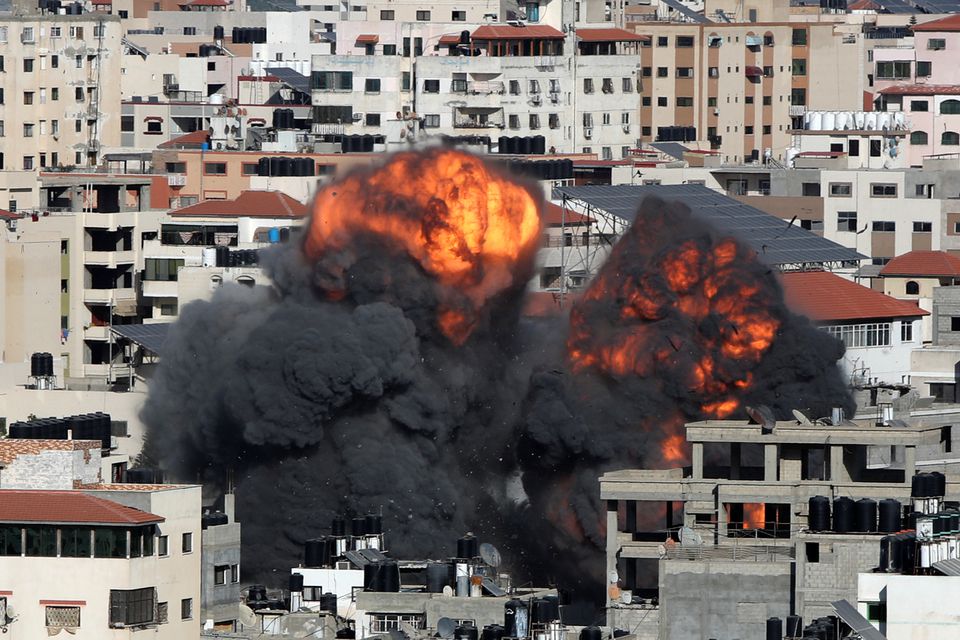 Smoke and flames rise during an Israeli air strike, amid a flare-up of Israeli-Palestinian violence, in Gaza City May 14, 2021. REUTERS/Mohammed Salem

Israeli planes renewed air strikes in Gaza early on Saturday and Hamas militants responded by firing rockets into Israel as their battle entered a fifth night and U.S. and Arab diplomats sought an end to the violence.

Palestinian medics said at least 12 people were killed overnight in air strikes throughout Gaza. Health officials said a woman and her three children were among the dead after their house was hit in a refugee camp.

The Israeli military said it carried out strikes on a Hamas military intelligence facility and a number of rocket launching sites in northern Gaza.

Across the border, sirens sounded throughout much of southern Israel, sending residents running for shelter. In the cities of Beersheba and Ashdod buildings were struck by rockets. There were no immediate reports of injuries.