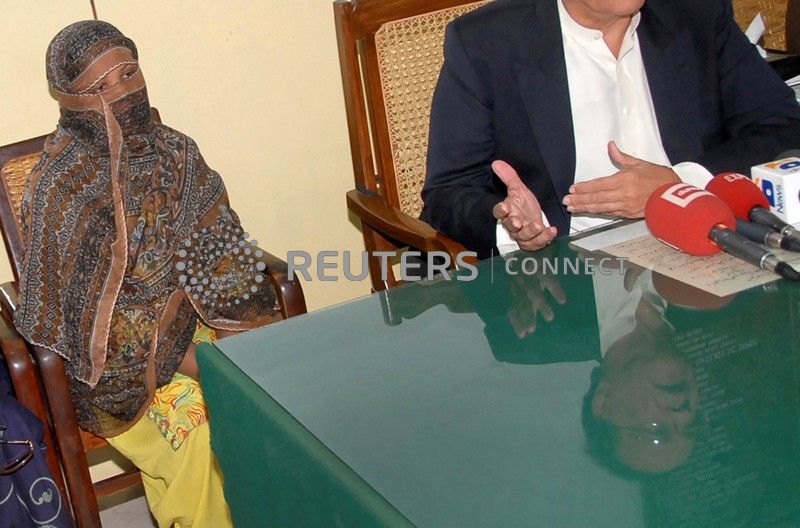 FILE PHOTO: Governor of the Punjab Province Salman Taseer is reflected as he speaks to the media after meeting with Asia Bibi, a Pakistani Christian woman who has been sentenced to death for blasphemy, at a jail in Sheikhupura, located in Pakistan's Punjab Province November 20, 2010. REUTERS/Asad Karim/File Photo

ISLAMABAD (Reuters) – A Pakistani Christian woman who spent eight years on death row falsely charged with blasphemy has left the country, her lawyer and media said on Wednesday, more than six months after she was acquitted by Pakistan’s top court. Asia Bibi’s lawyer said he understood she had departed for Canada. Pakistani and Canadian […]