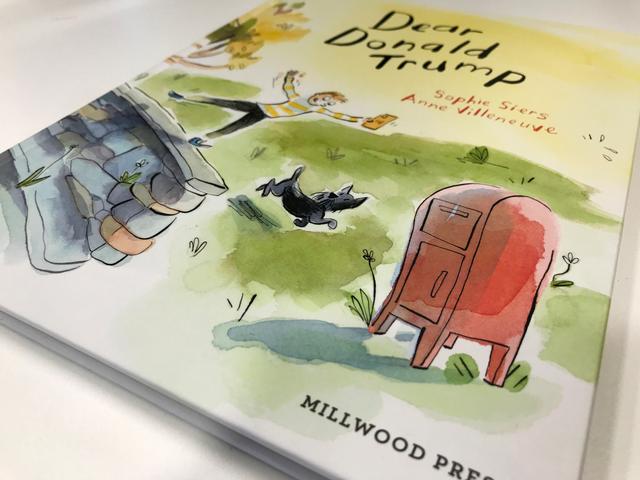 “Dear Donald Trump” tells the tale of a young New Zealand boy who writes a series of unanswered letters to the U.S. president seeking advice about building a wall to keep his “undesirable” older brother out of his side of a shared bedroom.

The book was one of several, including children’s books, lying on a table in Ardern’s office during an interview with Reuters on Wednesday.

“I probably need to move a couple of those,” the prime minister said, adding: “‘Dear Donald Trump’ is hilarious.”

Ardern shot to international prominence in 2017 after she became the country’s youngest female leader at just 37. Her 18-month-old daughter is a frequent visitor to her office.

Ardern has been described by some liberal supporters as an ‘anti-Trump’, promoting issues such as social justice, multilateralism, environmental protection and equality in high-profile international forums including the United Nations.

She has played down the comparison, describing her meeting with Trump in New York in September in positive terms.

A spokesman for the prime minister declined to comment on the book.

In “Dear Donald Trump”, the main character sticks with his plan to build a wall despite opposition from his family until eventually finding a compromise. His letters to Trump are never answered.

Sophie Siers, the New Zealand author, said earlier this year she was inspired to write the book during the debate about Trump’s plan to build a wall between the United States and Mexico.

The book pile in Ardern’s office included another title by Siers, “Dear Princess Meghan”, about a series of letters to the U.S. actress who married into the British Royal Family and “She Persisted”, a child’s book about “13 American women who changed the world” by former U.S. first daughter Chelsea Clinton.