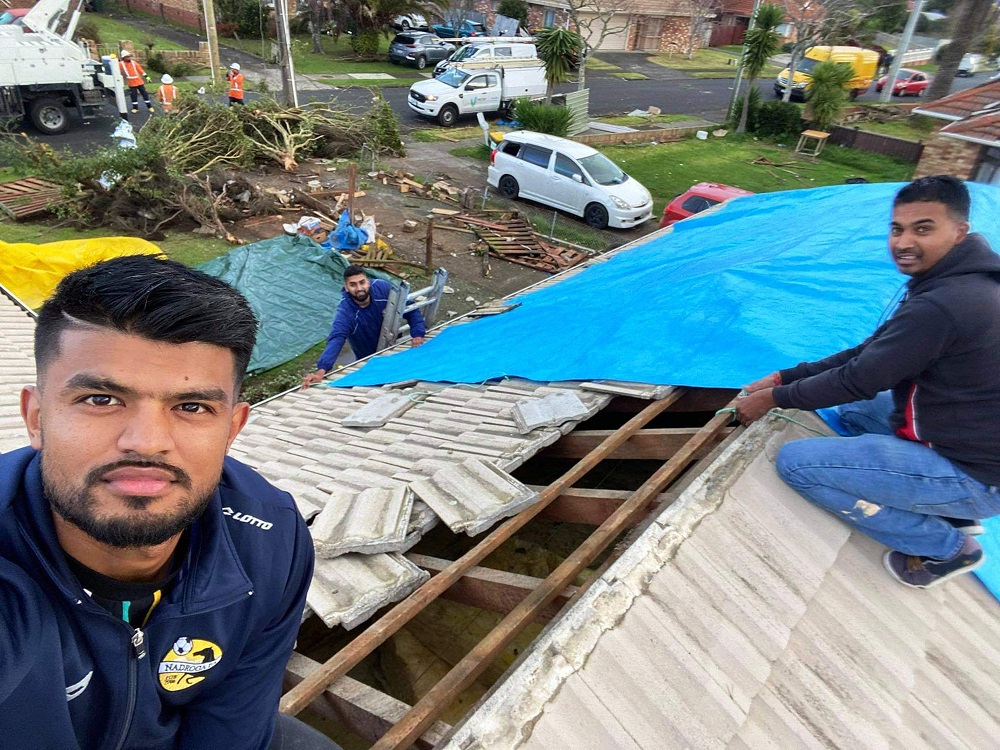 Akshay Shandil (left) assists one of his neighbours after the destructive Tornado at Papatoetoe in New Zealand. Picture: SUPPLIED

Fiji-born Akshay Shandil of Papatoetoe in South Auckland, New Zealand, woke up last Saturday morning to his neighbour’s roofs blown off and cars overturned by a tornado that ripped through their neighbourhood.

Mr Shandil recalls the moment he stepped out of his home along Fitzroy St where he saw his next-door neighbours’ homes without roofs and trees uprooted by the destructive wind.

“I got up around 8am and stepped outside to see some of my neighbours had their roofs completely blown off and their cars overturned,” he said.

“The houses that got destroyed are just 100m away from our house and it’s quite unbelievable to see all of these damage.”

He said he was aware that some former Fiji residents had been affected.

“There are other Fijians living near us and one of them is a relative of mine. He had his roof blown off and about three cars that were damaged as well.

“So we are going to do whatever we can to help them.”

He said the community was shaken by the unexpected event.

“It came at a time when most of the residents were still waking up and some might have been still asleep.

“And the sad thing is there’s been one fatality and another seriously injured. “A lot of people were clearly shaken by this.”

He said despite the destruction that occurred around them, his family was safe.

“We are generally OK and we have gotten in touch with most of our family back home to let them know that we are safe, but there are Fijians who have been affected by this, so we will do whatever we can to help them.”

According to New Zealand media, about 100 emergency calls were made to first responders from residents needing help.