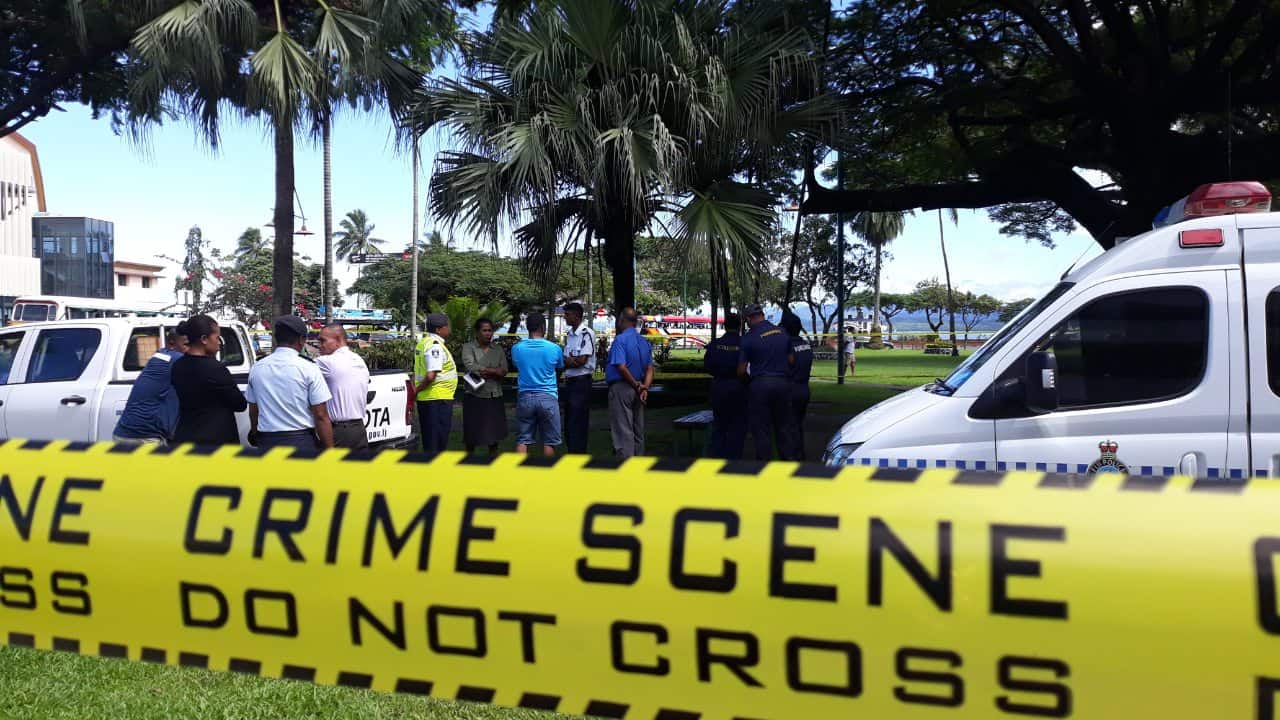 Policemen at the scene where the dead cat was found at Rt Sukuna Park this morning. Picture: HAROLD KOI

A PLASTIC bag which was found at Ratu Sukuna Park this morning emanating a foul smell was the body of a dead cat.

This was confirmed by Police spokesperson Ana Naisoro.

Ms Naisoro put to rest all allegations of what was suspected to be the body of a baby saying it was a dead cat.

Hundreds gathered around the park just to get a glimpse of what they believed was something else.