Davujukia Reds relies on dedication and commitment to win title 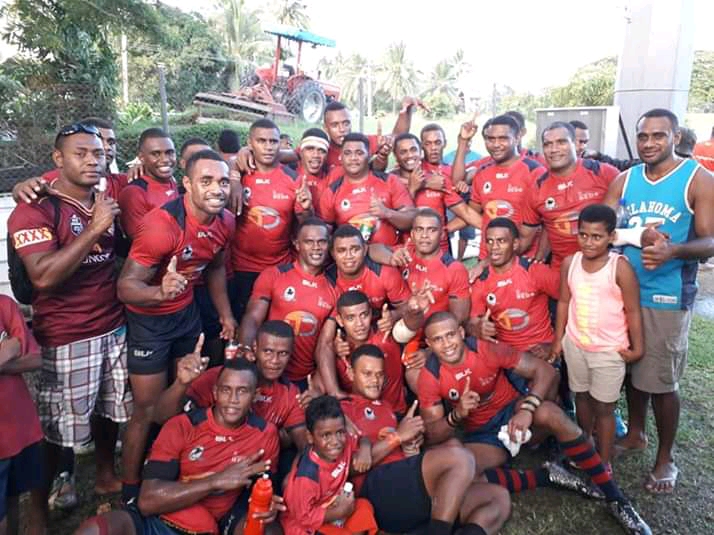 THE Davujukia Reds rugby team is relying on dedication, commitment and hard work to do the talking on the field on Friday when they take on a resilient Raviravi Sunwolves side in the final of the Super Rugby Franchise at Lawaqa Park.

Months of commitment and sacrifices will be put to the test in 80 minutes but the Davujukia boys believe it’s just another game of rugby and the preparations remain the same.

Team coach and former Nadroga front rower Ratu Tevita Dikedike said the mental challenge was a threat at this stage but his boys were calm and confident of a good outing tomorrow.

“Some teams at this point before the final, the mind starts to play up and the hype gets to them and they lose focus but for this young boys, they prefer to run the normal trend of training, direct their mindset to just another normal day of rugby and build their confidence in winning,” said Dikedike.

“The boys capture this moment and this final as a normal rugby match with no intense feeling and I’ve been telling them to remain humble and when that moment comes to hoist the trophy, cherish it as it would be a tale for your children and their children that we were the pioneers of the Davujukia clan to win the Nadroga Super rugby title.”

The excitement of the Super Rugby finale has attracted other districts, relatives and families to contribute to the teams’ preparations and support the vanua team to its first-ever final in the Nadroga provincial club games and Super Rugby franchise.

A participating team in the competition, the Vusu Brumbies that includes Namatakula Village, bowed out in the quarterfinal but they joined in to support the Reds.

“I ask each and every supporter and fan of the Davujukia Reds if you could come in numbers to support our boys in the final of the Super rugby franchise at Lawaqa Park on Friday at 6.30pm.”