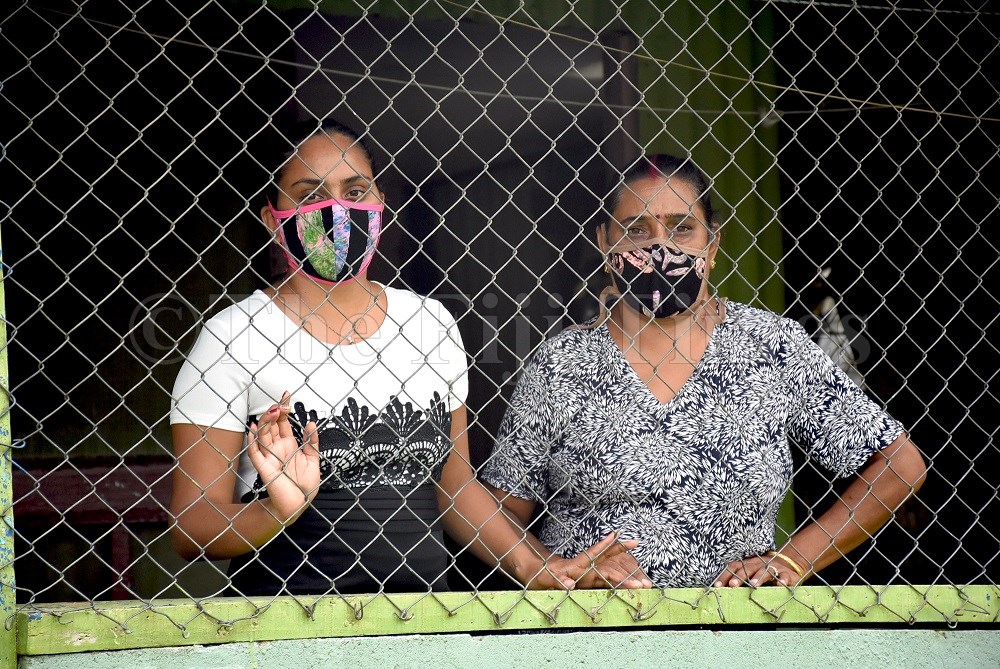 Priya Diksha Devi (left) with her mum Manmeet Kaur quarantine themselves at their home in Lovu Seaside in Lautoka. Picture: REINAL CHAND

Priya Devi is finding it hard to accept the “cruel fate” that has befallen her father.

An only child, the 27-year-old was the apple of her father’s eye.

She also worshiped him because he was hardworking.

He was her role model.

“Dad was a carpenter by profession and a very hardworking person,” she said. Her father is Ramesh Kumar, Fiji’s third COVID-19 death.

“He built his life and built our house all by himself, single-handedly.

“He never asked anyone for help. “I will miss him.

“He was also very funny and would bully me – the whole neighbourhood would hear our laughter when he was home.”

Ms Devi and her mother are in quarantine at an isolation facility. She said her father’s death posed more questions than answers – but she was grateful authorities had allowed her to bury her father in 14 days – when she comes out of quarantine.

“It’s heartbreaking when I think of him lying in the cold for 14 days but I’m thankful we will be able to accord him his final rites.”

Ms Devi said they received a telephone call from a senior health official at 5.40pm on Wednesday, advising them of his death.

“All she said was that they couldn’t save my dad and that he passed away due to zero oxygen level. There was no mention of coronavirus.

“Half an hour later, Health Ministry staff came to do swab tests on us and that’s when I found out that my dad had COVID-19.” Ms Devi said she received a call on Wednesday morning, advising her that her father was being put on life support.

“He had undergone surgery for kidney failure. We didn’t know he had coronavirus tests done also, nobody informed us about that.”

Ms Devi said her father collapsed at the Lautoka bus stand on April 12 and was taken to the Lautoka Hospital by bystanders. “He was discharged on April 15 and we took him in again on April 16.

“He was sent home and when he was taken there again on April 19, he was admitted.

“We had learned of this gentleman’s passing before the press conference last night (Wednesday) but we chose to delay making the official announcement to the public until his family members could be properly informed,” he said.

“Nobody should learn about the death of a loved one on the news or on social media if that can be avoided.

“We stand by the decision to allow them a window of privacy before the passing of their loved one was announced to the nation,” he added.