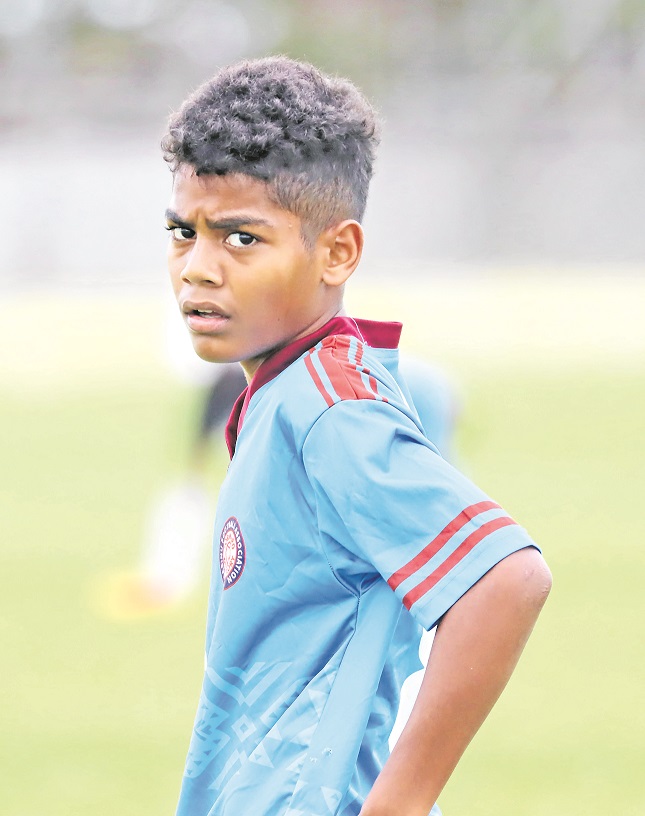 Maika Dau won the hearts of many football fans when he featured for the Nasinu U19 side in the Digicel U19 Youth League last Saturday at Fiji FA Academy Ground in Vatuwaqa.

Dau, 13, helped Nasinu play out a 3-all draw against Suva.

He did not only put on a stellar performance but was a thorn for the Suva defence with his dribbling skills.

Being the youngest player on the field, he played like a star and scored a goal for his side.

Maika is the son of former national and Rewa rep Lorima Dau.

He is a specialist in free kicks and corner kicks.

He scored the goal from a free kick which caught the Suva goalkeeper napping.

Nasinu was leading 3-0 at the halftime break with goals from 15-year-old Meli Talevakaiua and Dau but Suva came back in the second half with goals to Kaliova Senikalavo, Naliku Jumatuki and Eneri Rotikara to level the scores.

Dau is also part of Nasinu U16 and senior futsal team.

He was the hero for the Fiji futsal development side in last month’s Viti Futsal Cup, netting four goals in the final against Queensland.

Nasinu is fourth on the Digicel U19 Youth League table with eight points after playing six matches.