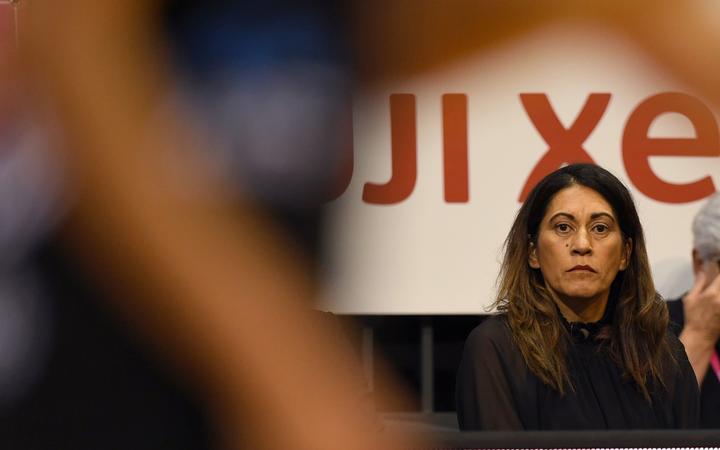 The world champion Silver Ferns can expect some stern words at training today despite sealing victory over the England Roses in Hamilton on Wednesday night.

“I was expecting that we’d just roll on from where we’d left off with the Cadbury Series, we’ve gone two steps back in my eyes and maybe this is the starting point for us,” Dame Noeline said after the win.

The Silver Ferns were below their usual accurate standard, turning over the ball 21 times, in an error-rate that Dame Noeline and the players were unhappy with.

Dame Noeline said the players prided themselves on ball retention which they lacked on Wednesday night and will need to tidy up for Friday’s second game.

“Some of those balls we did cough up I felt they were soft, we passed to Casper or we were soft with regards to the flick on the ball, hence England being able to compete.

“I do feel that we could take five turnovers off that and get some crispness.”

The Silver Ferns have come into this series on the back of winning the Cadbury Series last week, where they played four games in four days.

Defender Jane Watson said it was possible that game time was catching up with the players but was not the only reason the New Zealanders were not at their peak.

“It could be down to fatigue but then we’re still not running our lines as we should be and there’s not that connection through court, ones going the other’s going but we’re not having that next flow through and I think we’re just taking too long on our movements and not actually offering where should be. So we’re still wasting energy out there but we’re not being smart about it.”

“I’m really proud of every single one of them who stepped out on court and to get 11 players out on court. No one wants to come out and lose your first Test, however there are some massive patches in that play that we can take and we will build I’m sure going into the next Test.”

The Silver Ferns line-up is a little different to the last time these two sides met at the Nations Cup in January, where the Silver Ferns won by 24 goals.

Ratnapala said she liked what she saw from the latest Silver Ferns side.

“For me the New Zealand style it’s great to see that back within the squad and I don’t think there was any surprises from our side of things I think there was a little bit of naivety just going into some of those patches of play but we’ll build from it.”

Ratnapala was pleased with her side’s showing in their first competitive game in more than seven months and knew where she wanted to improve.

“Looking at the combinations but also it’s just those small margins …a few critical moments where we could have just pushed on …we just needed to keep our heads so lots of learnings to take,” Ratnapala said.

England co-captain Laura Malcolm said while they were missing some of their big name players for this series, it presented an opportunity for others.

“I guess it’s an opportunity for us to really strengthen our depth and I think today people went on court and proved that they are fighting for a position and that just shows that we’re not a predictable side. We have got multiple options and it will be a competitive battle going into that Commonwealth Games and World Cup.”