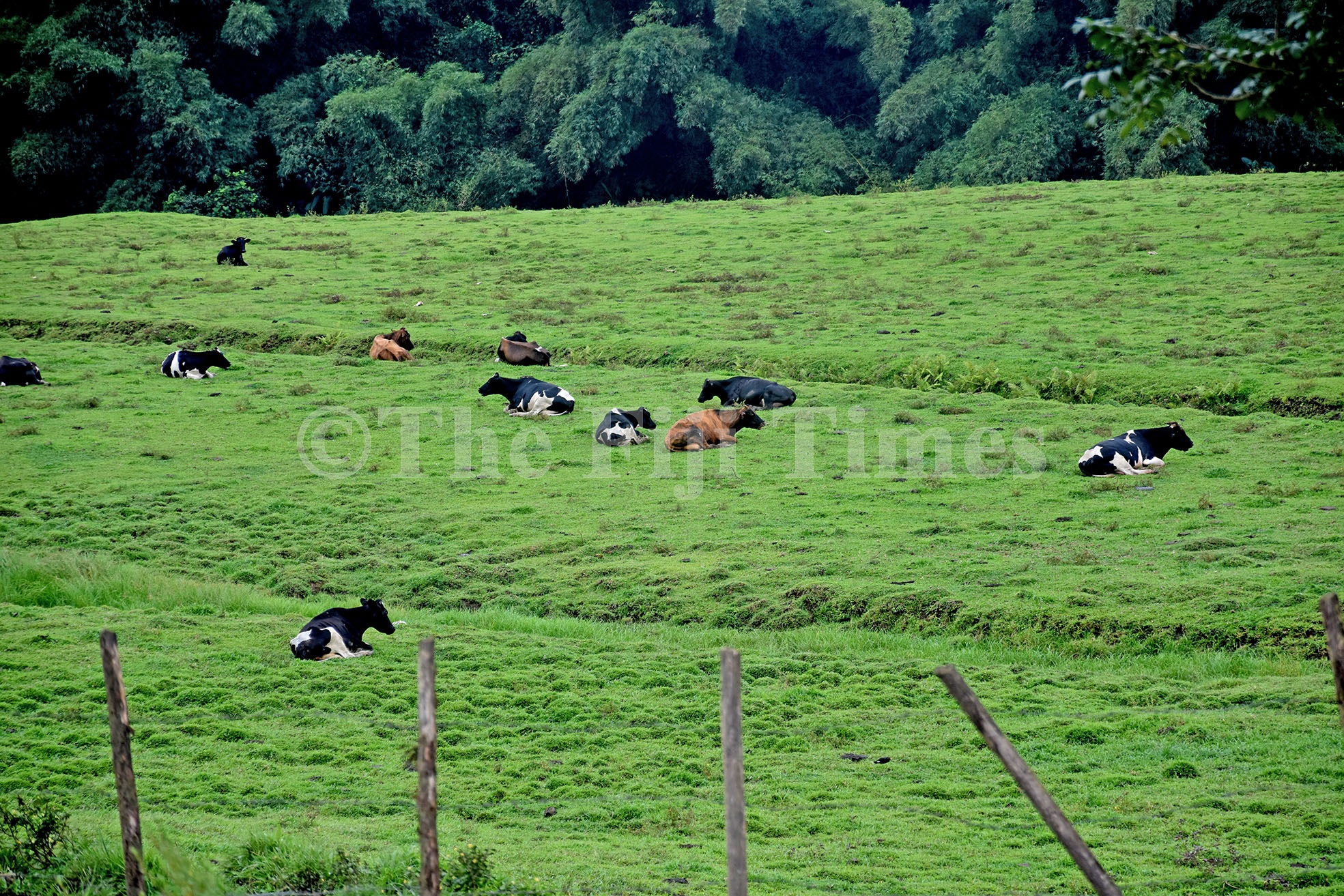 Cows grazing at a farm in Naitasiri. Picture: JONA KONATACI

“This has been one of the positive meetings we’ve had for a long time. It goes back to the price change that our farmers received earlier this year and they are now very much invested in producing more milk,” said FCDCL chairman Simon Cole.

Mr Cole acknowledged the support of prime consultants, the extension program, and the Government that had invested money into the industry.

He said that this was now the “best time to invest in dairy”.

He said that while the culling of TB-infected cows continued, “the rate of loss of cattle is going to be much less going forward”.

Mr Cole noted that one of the factors contributing to FCDCL’s profitable year in 2018 was management’s ability to cut costs, with profits channeled back to the farmers, “because we recognise that the farmers are the ones that are going to grow this industry and they need all the resources to do so”.

Also discussed were the changes made to the rules surrounding the company’s revolving fund.