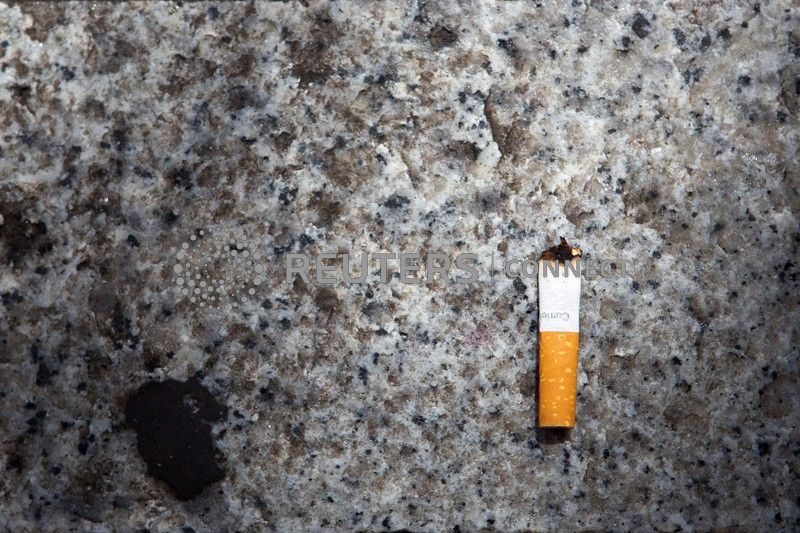 FILE PHOTO: A cigarette butt litters the street in Lyon, France, June 14, 2018. The French government wants to end the bane of discarded cigarette butts and will impose new regulations unless tobacco companies come up with proposals to reduce their number. REUTERS/Emmanuel Foudrot

(Reuters Health) – Unborn babies are at higher risk of heart defects not just when mothers smoke, but when fathers smoke, too, a new study suggests.

“Fathers-to-be should quit smoking,” said study coauthor Dr Jiabi Qin, of Xiangya School of Public Health, Central South University, Changsha, China. “Fathers are a large source of secondhand smoke for pregnant women, which appears to be even more harmful to unborn children than women smoking themselves.”

Smoking by pregnant women has long been known to increase the risk of health problems for developing babies, including preterm birth, low birth weight, and birth defects. But the risk of heart defects in particular has been less clear, as have the potential effects of smoking by expectant fathers.

To assess the risk to the fetal heart when either parent smoked, Qin and colleagues re-analyzed data from 125 previous studies that altogether involved nearly 8.8 million parents from around the world. The studies looked at smoking by pregnant mothers, smoking by fathers while mothers were pregnant, and mothers’ exposure to second-hand smoke during pregnancy.

Among all the babies born to the parents in the studies, roughly 137,600 had congenital heart defects.

The new analysis, published in the European Journal of Preventive Cardiology, found that parental smoking was significantly associated with risk of congenital heart defects in newborns, with an increased risk of 25 percent when mothers smoked while pregnant.

The link was even stronger when fathers smoked. Compared to babies whose parents didn’t smoke, babies of fathers who smoked when mothers were pregnant had a 74 percent higher risk of heart defects at birth, while second-hand smoke exposure for mothers-to-be more than doubled the risk.

Women’s exposure to secondhand smoke was risky for their offspring during all stages of pregnancy and even prior to becoming pregnant, Qin said in an email.

While women who smoked during pregnancy had a higher likelihood of bearing a child with a congenital heart defect, smoking before pregnancy did not affect risk, the author said.

The exact mechanisms involved in the association between parental smoking and CHDs among offspring are still unclear. And observational studies such as this one can’t prove that smoking by parents actually caused heart defects in babies.

Another limitation of the analysis is that data were lacking on duration and intensity of parental smoking, the authors acknowledged.

Still, they conclude, given the study’s findings, “Preventing parental smoking during peri-pregnancy is a priority for (congenital heart defect) prevention.”