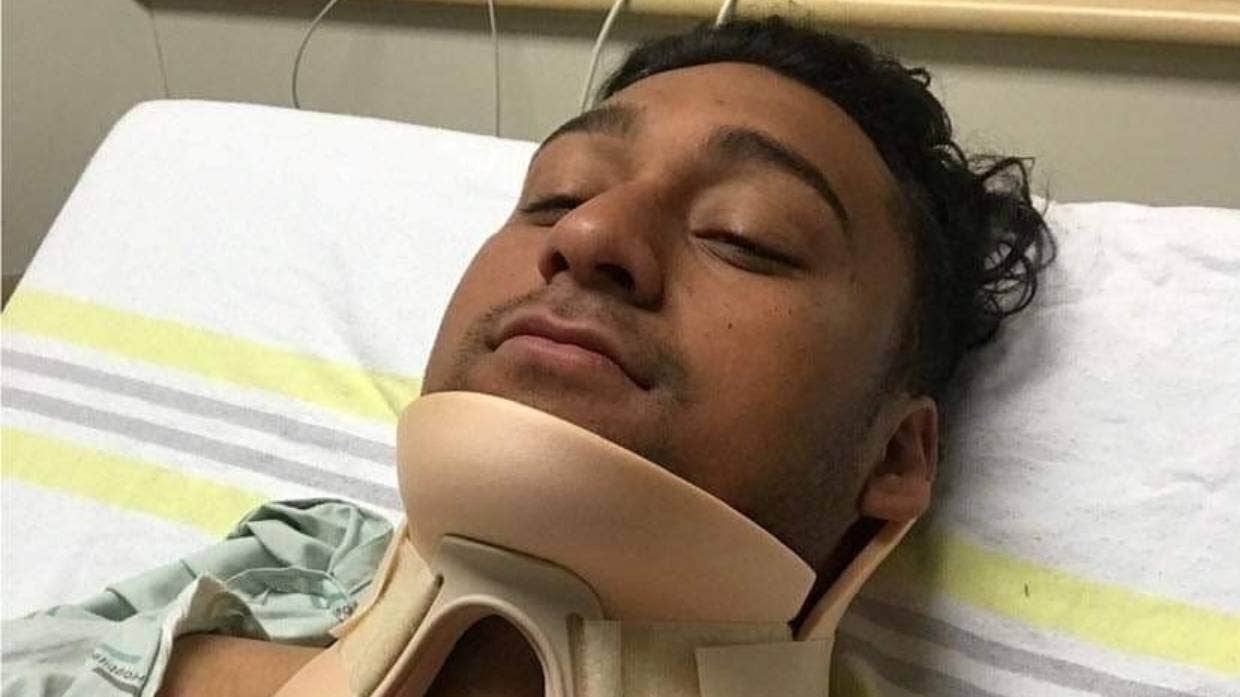 It’s no wonder Damon Abraham landed a spot on 2nd Chance Charlie, the television series which gives rugby hopefuls another shot at the big time.

The powerhouse prop’s story is virtually made for it.

A former first XV standout who played in the same New Zealand Secondary Schools side as All Blacks duo Caleb Clarke and Hoskins Sotutu, Abraham was well on the way to a professional career before a serious neck injury cruelly derailed those aspirations.

Trouble is, the 22-year-old had no idea he was even in contention for the show until producers called saying he was on the shortlist.

“I was sitting at home watching The Project and (trainer) Joe Naufahu was talking about 2nd Chance Charlie. He was quite right in what he said that, as Kiwi blokes, we don’t like to put our names forward,” Mike told Stuff.

“[Damon’s] exactly like that. It’s not that he didn’t think he could win, it’s more that he’s not that type of person who puts himself out there.

“So I jumped online, attached his rugby CV and fired it away. But I forgot to tell him.”

Mike actually thought he had missed the deadline, so you can imagine their surprise when the initial call came in. Even better when Damon discovered he was one of the fortunate five selected to train with a Super Rugby franchise from hundreds of applicants.

“I called dad and asked him what’s going on here because I had no idea,” Damon recalled. “By the end of the week they contacted me again and told me I was the ‘2nd Chance Charlie’ of the Blues. I’m not going to lie, that was a pretty good feeling.

“2nd Chance Charlie has motivated me to get that spark back.”