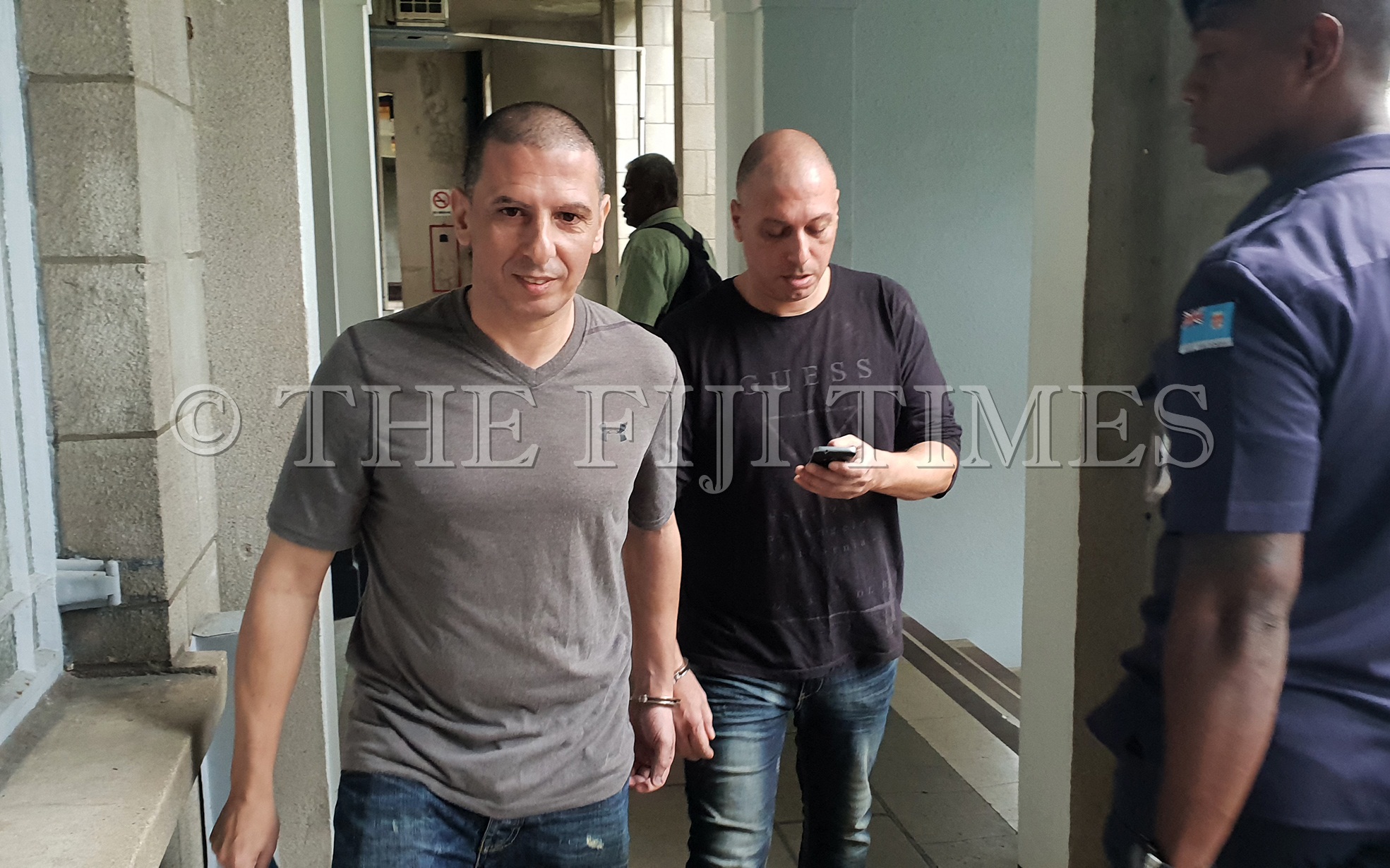 Cyprus nationals Loizos and Cleanthis Petridis being escorted by police to the High Court in Suva. Picture: JOVESA NAISUA/FILE

THE counsel of two Cyprus nationals today informed the High Court in Suva that his clients were not in agreement with any of the proposed agreed facts that were submitted to them by the State counsel, Saif Shah.

Defence counsel, Filimoni Vosarogo is representing Loizos Petridis and Cleanthis Petridis who are charged with a count each of money laundering, attempt to obtain property by deception and possession of property suspected of being proceeds of crime.

High Court judge Justice Thushara Rajasinghe has advised the State to refile the information disclosure of the case against the duo.

Justice  Thushara Rajasinghe said it was imperative for prosecution to clearly outline their case and also for them to be able to assist the court with the way they present their case.

He said the prosecution must assist the court and not confuse the court with the way they present its case.

The trial against the two is expected to commence in September.

They are alleged to have been involved directly or indirectly with transactions involving $95,590 that were proceeds of crime.-

It is also alleged the two attempted to dishonestly obtain $41,540 from Bank of the South Pacific and they also possessed $203,009 that may reasonably be suspected of being proceeds of crime.

The alleged incidents occurred between December 12-19, 2017.

The two have been further remanded in custody and will reappear in court on Thursday.