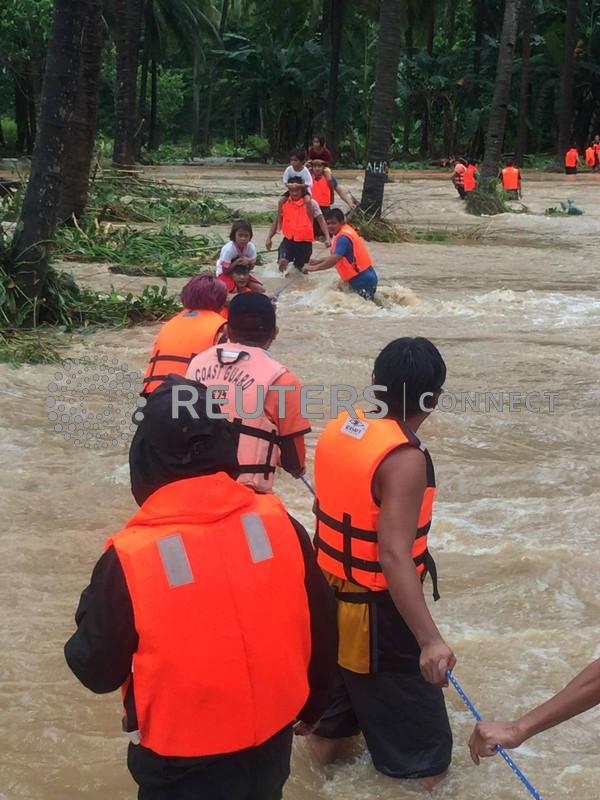 MANILA (Reuters) – Nine people have been killed in the Philippines and 11 were missing on Tuesday due to floods and landslides caused by heavy rain from tropical cyclone Kompasu, the national disaster agency said.

Kompasu, with maximum sustained winds of 100 kilometres (62 miles) per hour, had absorbed remnants of an earlier cyclone before making landfall in the Philippines on Monday evening. Nearly 1,600 people were evacuated.

The disaster agency said it was verifying information from its regional units that reported four people killed in landslides in northern Benguet province and five killed in flash floods in Palawan, an island province in the country’s southwest.

Authorities were conducting search and rescue operations for 11 people missing mostly after landslides.

The Philippines, an archipelago of more than 7,600 islands is hit by about 20 storms or typhoons annually, bringing heavy rains that trigger deadly landslides.

Rescue personnel were at the scene, while power and water restoration and road clearing was ongoing, he added.

Kompasu, the 13th tropical storm to enter the Philippines, is expected to leave its territory on Tuesday, the state weather agency said.