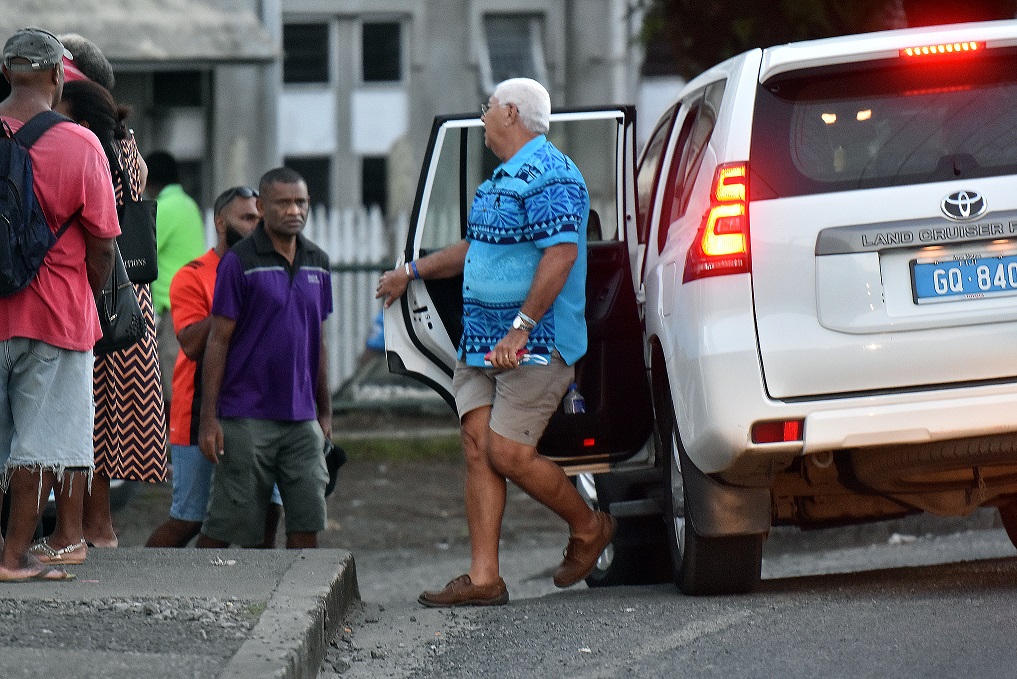 Assistant Minister for Health Alex O' Connor arrives at the CWM hospital during the fire incident at the hospital yesterday. Picture: RAMA

ALL patients transferred to various allocated space within the Colonial War Memorial Hospital yesterday because of a fire at the hospital’s boiler room are safe.

This was confirmed by the acting permanent secretary for Health and Medical Services, Pene Baleinabuli yesterday.

Mr Baleinabuli confirmed there were no injuries recorded during the incident.

He said the quick response from the National Fire Authority aided in the safe evacuation of the patients.

“I would like to extend gratitude to the NFA for their quick response, we are also informed that members of the public had assisted the patients,” he said.

Assistant Minister for Health Alex O’Connor said they did not know the exact number of patients evacuated.

“We don’t know at this point in time how many were evacuated, however, we can confirm that most in the old wing was safely moved,” he said.

“At this juncture, I would like to commend the staff at the CWM Hospital and members of the public who were on hand to assist with the moving of patients to the ante-natal maternity section of the hospital, as well as the quick response from NFA to contain the fire and officers from the Fiji Police Force who came in numbers.”

Meanwhile, Mr O’Connor confirmed that there would not be any major hiccups to the laundry services at the CWM Hospital.

He said the laundry area should resume operations by midday today.

“The laundry is the main source from the boiler area and we don’t see any major hiccups so far as laundry services are concerned,” he said.