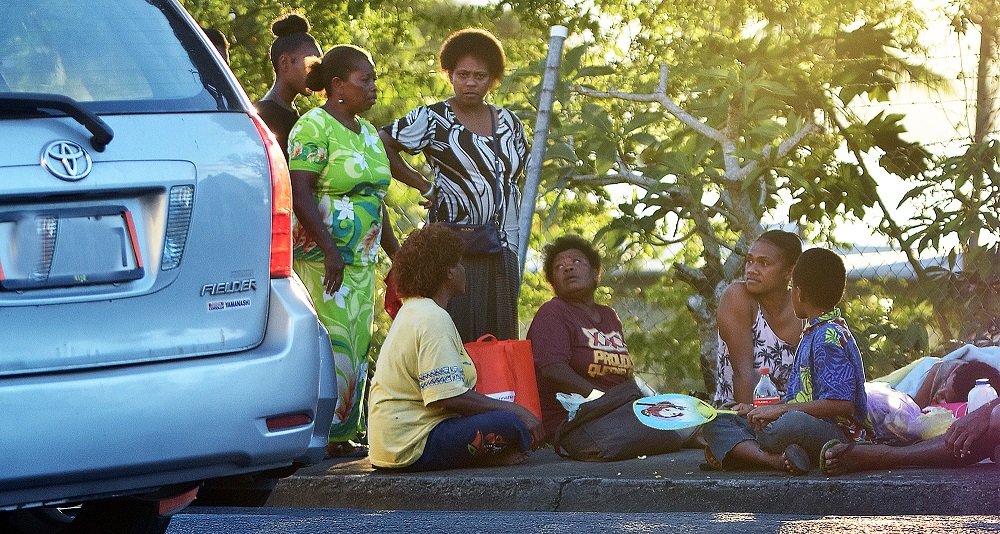 A patient (right) lies on the footpath across the hospital after all were evacuated due to the fire breakout at the CWM Hospital yesterday. Picture: RAMA

“ALL I wanted to do was to get my baby to safety.”

This is what young mother Koini Vakaoro could recall after she saw smoke suddenly entering the corridors of one of the rooms at the Children’s Ward at CWM hospital where her nine-month-old son Josua Nayasi was admitted.

The mother and son had been admitted at CWM for the past three days.

They were among the many patients who were evacuated from their wards after the fire that broke out at the hospital’s boiler room yesterday afternoon.

“I was carrying my son outside the passage of the ward when we saw smoke,” she said as she carried her son among the crowd outside the maternity unit where patients were evacuated to.

“When we went back to our bed, the security officer came running to tell us that we have to run out, so my sister took my baby outside and I followed.

“I didn’t want to think of anything else, but just get us to safety.

“I didn’t care about our things,” she added.

As for cancer patient Makitalena Kinisimere, she spent at least an hour tucked under her thick white blanket on the roadside opposite the hospital’s maternity unit.

Ms Kinisimere had been admitted at Lancaster Ward for the past three months after suffering ovarian cancer.

Her niece Laisa Maramanibure said she was conversing with her aunt when she saw people running around.

“We kept talking when all of a sudden my uncle shouted to us that there was a fire and we needed to go out,” Ms Maramanibure said.

“There was no light so we couldn’t see any smoke. It could only be seen outside.”

Ms Maramanibure said they were thankful her aunt was able to make it out safely considering the severity of her illness.

When this newspaper arrived at the hospital around 4.30pm, Ms Kinisimere was already lying on the roadside.

She was transferred by health officials to the hospital’s ante-natal clinic around 5.30pm where they were sheltered.