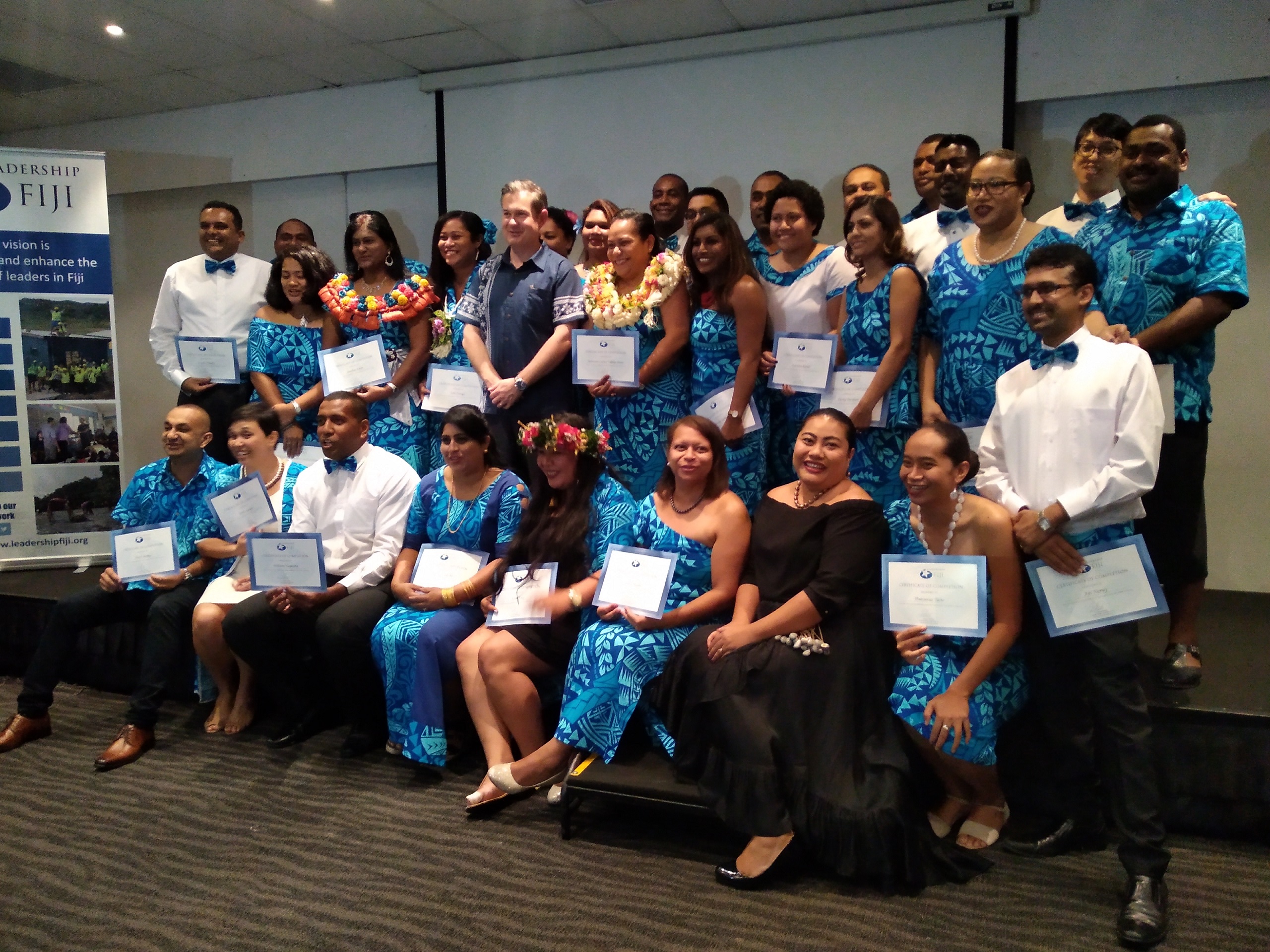 LEADERSHIP does not begin and end on the door of your office.

This were the words of the New Zealand High Commissioner to Fiji Jonathan Curr during the Leadership Fiji 2018 awards at the Holiday Inn Suva last night.

Mr Curr reminded the leadership Fiji participants of 2018 and fellows to be better versions of themselves.

“Leadership is not only for the workfroce it’s whenever you’re called to be a leader,” Mr Curr said.

Board Chair of Leadership Finish William Parkinson said they set the challenge to prove themselves.

“Leadership is about action. There achievements this year have been trully special,” Mr Parkinson said.

A total of 29 participants completed an eight months leadership course throughout this year.

The program now has a total of 419 graduates with a range of expertise  since 2002.