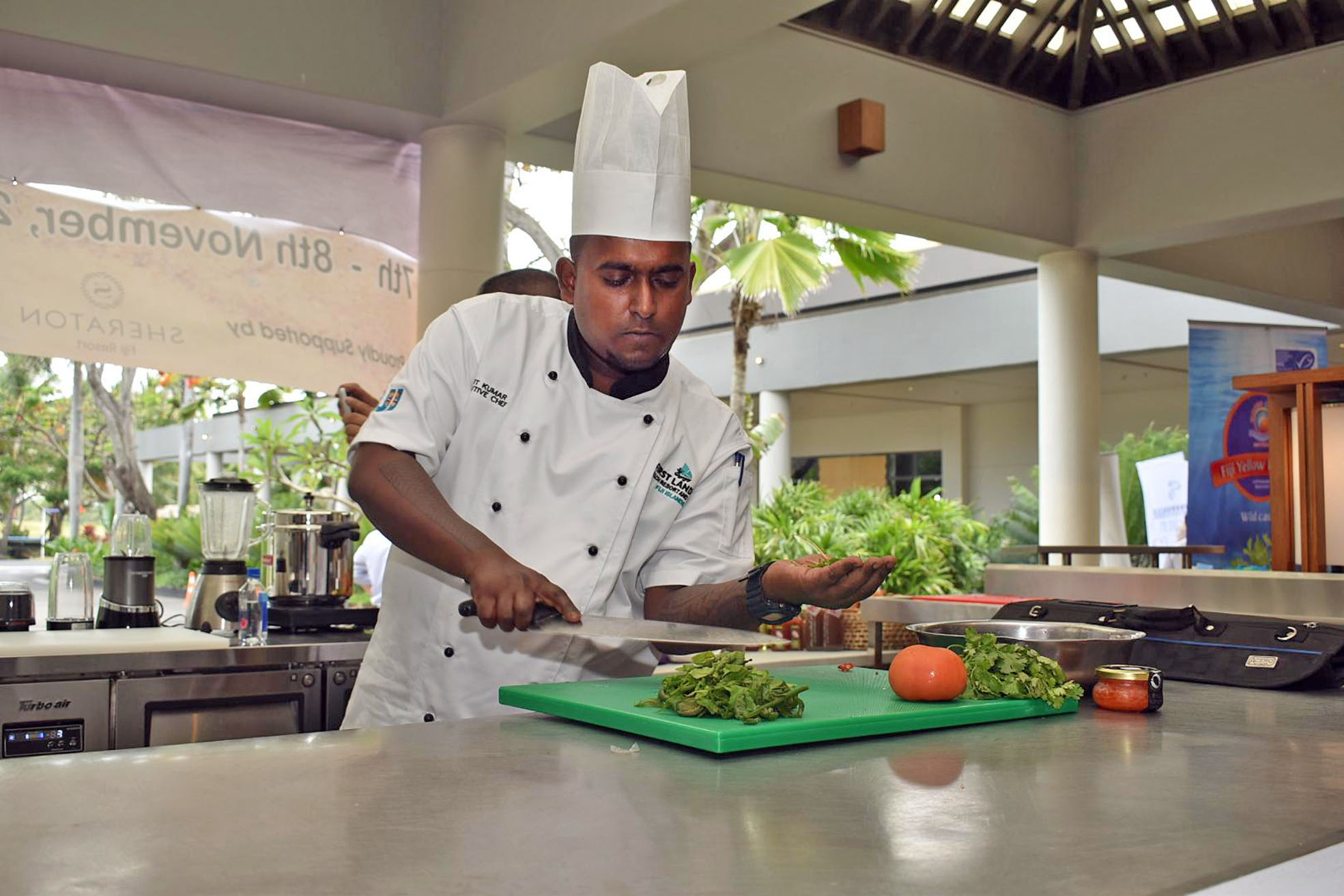 A NEW culinary masters challenge was introduced by the Culinary Federation of Fiji (CFF) at the 2019 HOTEC Tradeshow.

“It’s aimed at the most experienced chefs and it’s also to train them in areas that we’ve seen is a bit lacking in their experience which is to understand the dish,” he said.

“The way we are scoring and judging the dishes is quite different as well.

“We are looking at certain elements like will the dish make the guest smile or would you take photos of it.

“It’s to give our chefs an idea for our international guests when they come and eat our food, these are the extra elements they have to think about so we’ve put it into a competition.”

He said there were nine chefs who had to put together dishes from nine mystery boxes.

The winner of the competition will be announced today.

FCA has to strengthen investments in Italy to seek state-backed loan: Economy Minister