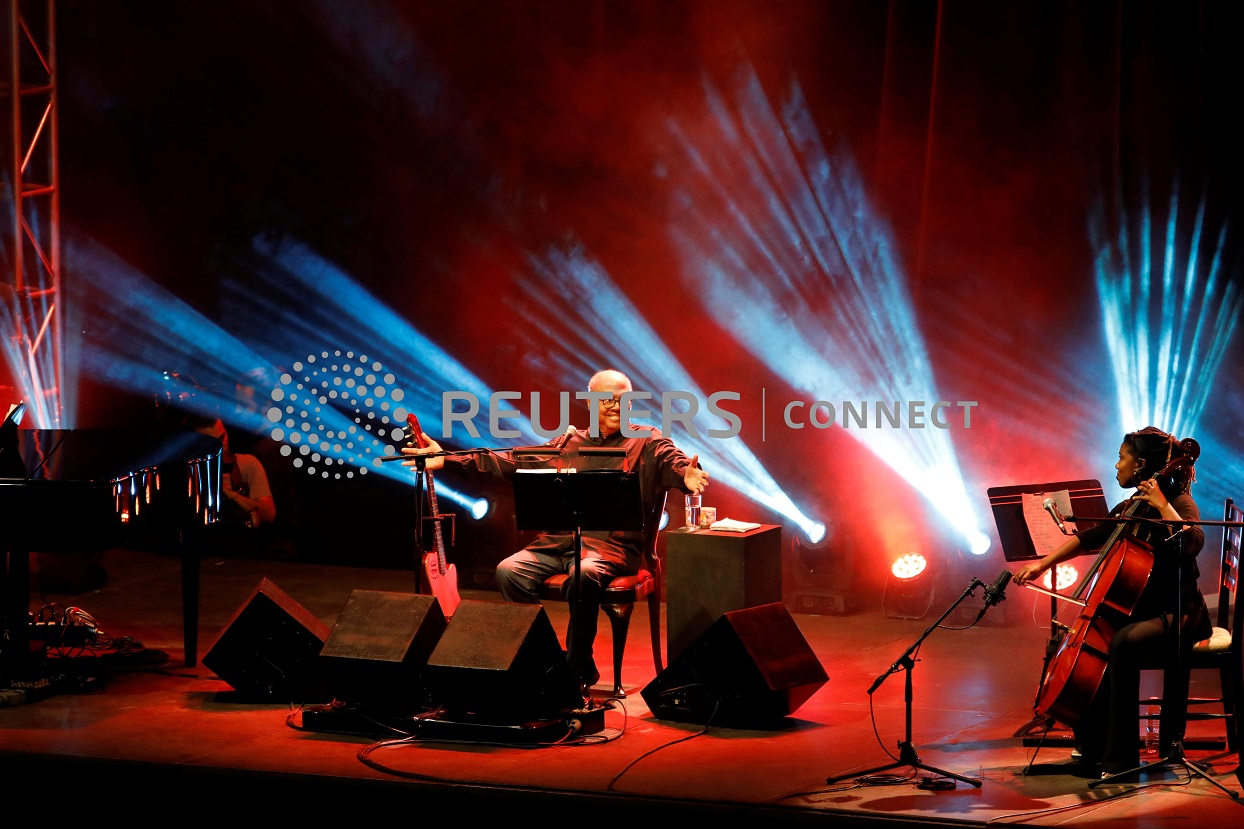 HAVANA (Reuters) – Pablo Milanes, a Cuban singer-songwriter and one of the founders of the “Nueva Trova” musical movement that emerged after Fidel Castro’s 1959 revolution, died early on Tuesday in Spain at the age of 79, according to the artist’s official Facebook page.

Milanes was hospitalized after suffering from infections linked to an immune disorder that forced him to seek medical treatment and settle in Madrid from 2017.

The singer, guitarist and composer was born on February 24, 1943, in Bayamo, Granma province, Cuba.

Milanes’ talents blossomed at a young age. At 6 years old, he won a competition singing a Mexican tune for a local radio station in his hometown. Following his family’s move to Cuban capital Havana in the 1950s, he developed his voice and passion in a city renowned for its music.

After Castro’s guerrillas overthrew the dictatorship of Fulgencio Batista in 1959, a cultural flowering rooted in ideas of socialism flourished on the Caribbean island.

Milanes’ reputation grew as one of the pioneers of a musical movement known as Nueva Trova, closely associated with the growing leftist tide in Latin America.

More overtly political than its predecessor, Trova, it focused on embracing socialism as well as the rejection of colonialism and racism. Songs were often critical of U.S. policy in the region.

Milanes, guitar in hand, played together in 1968 in Havana with the Cuban musician Silvio Rodriguez, another founder of Nueva Trova, in a blockbuster concert that marked his take-off to stardom.

Well-known songs including “Yo no te pido,” “Los años mozos,” “Cuba va,” and “Yolanda,” among others, quickly gained fans and traveled the world. His songs were covered by fellow performers including Victor Manuel, Ana Belen and Carlos Varela.

He won multiple Latin Grammy Awards, including one for Musical Excellence in 2015 to honor a lifetime of dedication to his art.

“Our country, united, needs to give way to new voices and new ways of thinking, that are demanding new laws and new freedoms,” Milanes said as he signed the document.

His last concert took place in Havana in June 2022.

That concert, which brought tears to the eyes of many of his fans, was dedicated to music, not politics.